Notorious NYC gadfly, artist, and whiskey evangelist Randy Jones has more than a few ideas about what’s right and wrong in the world of drinking. 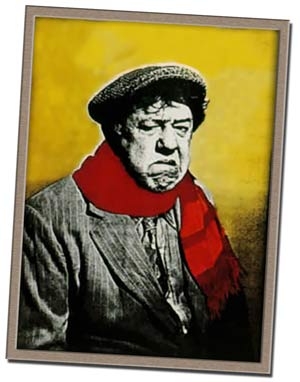 First taste:
I was 10 or so. My mother was entertaining some friends, and I nicked a can of Blatz and ran behind the house to drink it. Wanted to know what all the hubbub was about.

Like it?
It was Blatz, for crissakes. Hated the taste. Loved the effect.

The usual:
Champagne cocktails. I gulp them down by the dozen.

Really?
Naw. Evan Williams if I’m buying, Booker’s if you are. If nobody’s buying, whatever they leave on the bar.

You’ve got 20 bucks:
“Hey, Dave!” (my best bartender) “I got ten bucks. Hook me up.” I spring the other ten on him when he thinks it’s time to close shop.

Dream bender team:
Buddy Love from The Nutty Professor, Nick Charles from The Thin Man, Henry Chinaski from Bukowski’s books, and Athos from The Three Musketeers.

Why all fictional characters?
Because reality sucks. Because I read more than I listen.

Mark of a good bartender:
One who let’s things flow in their natural direction, instead of thinking it’s his job to keep everyone marching in goose step.

Best bars:
I don’t know any bars worthy of the title. Well, maybe two that I won’t mention. Bars are pure shit nowadays. You can’t light up. You can’t get down. You can’t preach. I don’t even know why they call them bars. They should be called “barreds.” As in, “You’re barred from having a fucking good time.”

Push the envelope?
You know—inciting revolt, getting the people to rise up against the establishment, that sort of thing. Smashing the chains of oppression. Sharing the wealth. Seizing the liquor.

Do you have a drinking philosophy?
Yes. There’s a finite amount of alcohol available in the world at any given time, and I want to get my mouth around as much of it as I possibly can.

Surefire hangover cure:
Vigorous sex, followed by a good cigar and a bottle of decent burgundy. This has happened exactly once in my life, but as I recall, it bitch-slapped that hangover.

Can you trust someone who doesn’t drink?
I’ll trust him to look down his nose and act like an asshole. That’s about it.

Why we must drink:
Society would have collapsed a long time ago without it. And that’s a fact.