1. If you owe someone money, always pay them back in a bar. Preferably during happy hour.

2. Always toast before doing a shot.

3. Whoever buys the shot gets the first chance to offer a toast.

4. Change your toast at least once a month. 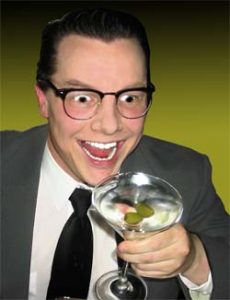 5. Buying someone a drink is five times better than a handshake.

6. Buying a strange woman a drink is still cool. Buying all her drinks is dumb.

7. Never borrow more than one cigarette from the same person in one night.

8. When the bartender is slammed, resist the powerful urge to order a slightly-dirty, very-dry, in-and-out, super-chilled half-and-half martini with a lemon twist. Limit orders to beer, straight shots and two-part cocktails.

9. Get the bartender’s attention with eye contact and a smile.

10. Do not make eye contact with the bartender if you do not want a drink.

11. Unacceptable things to say after doing a shot: Great, now I’m going to get drunk. I hate shots. It’s coming back up.

12. Never, ever tell a bartender he made your drink too strong.

13. If he makes it too weak, order a double next time. He’ll get the message.

14. If you offer to buy a woman a drink and she refuses, she does not like you.

15. If you offer to buy a woman a drink and she accepts, she still might not like you.

17. If someone offers to buy you a drink, do not upgrade your liquor preference.

18. Always have a corkscrew in your house.

19. If you don’t have a corkscrew, push the cork down into the bottle with a pen. 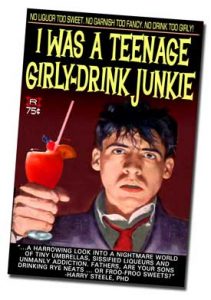 20. Drink one girly drink in public and you will forever be known as the guy who drinks girly drinks.

21. Our parents were better drinkers than we are.

22. Never talk to someone in the restroom unless you’re doing the same thing—urinating, waiting in line or washing your hands.

23. Girls hang out, apply make-up, and have long talks in the bathroom. Men do not.

24. After your sixth drink, do not look at yourself in the mirror. It will shake your confidence.

25. It is only permissible to shout ‘woo-hoo!’ if you are doing a shot with four or more people.

27. Learn how to make a rose out of a bar napkin. You’ll be surprised how well it works.

29. If you owe someone twenty dollars or less, you may pay them back in beer. 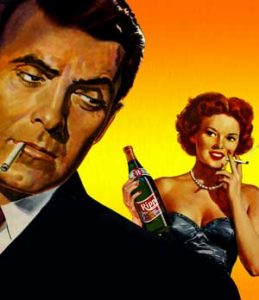 30. Never complain about the quality or brand of a free drink.

31. If you have been roommates with someone more than six months, you may drink all their beer, even if it’s hidden, as long as you leave them one.

32. You can have a shot of their hard liquor only if the cap has been cracked and the bottle goes for less than $25.

33. The only thing that tastes better than free liquor is stolen liquor.

34. If you bring Old Milwaukee to a party, you must drink at least two cans before you start drinking the imported beer in the fridge.

35. Learn to appreciate hangovers. If it was all good times every jackass would be doing it.

36. If you ever feel depressed, get out a bartender’s guide and browse through all the drinks you’ve never tried.

38. If you are the bar’s sole customer, you are obliged to make small talk with the bartender until he stops acknowledging you. Then you’re off the hook. The same goes for him.

39. Never tip with coins that have touched you. If your change is $1.50, you can tellthe barmaid to keep the change, but once she has handed it to you, you cannot give it back. To a bartender or cocktail waitress, small change has no value.

40. If you have ever told a bartender, “Hey, it all spends the same,” then you are a cheap ass.

41. Anyone on stage or behind a bar is fifty percent better looking.

42. You can tell how hard a drinker someone is by how close they keep their drink to their mouth.

43. A bar is a college, not a nursery. If you spill a beer, clean it up. If you break a glass, wait for a staff member to clean it up, then blame it on someone else.

44. Being drunk is feeling sophisticated without being able to say it. 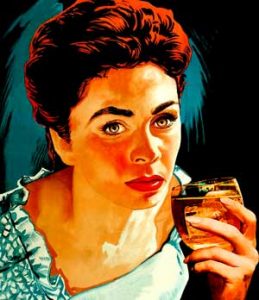 46. After three drinks, you will forget a woman’s name two seconds after she tells you. The rest of the night you will call her “baby” or “darling”.

48. Men don’t drink from straws. Unless you’re doing a Mind or Face Eraser.

50. Never brood in a dance bar. Never dance in a dive bar.

51. Never play more than three songs by the same artist in a row.

52. Your songs will come on as you’re leaving the bar.

53. Never yell out jukebox selections to someone you don’t know.

54. Never lie in a bar. You may, however, grossly exaggerate and lean. 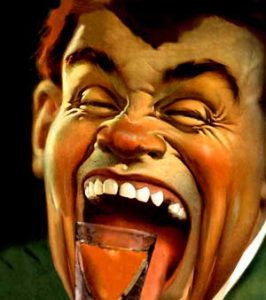 56. Screaming, “Someone buy me a drink!” has never worked.

58. Fighting an extremely drunk person when you are sober is hilarious.

59. If you are broke and a friend is “sporting you”, you must laugh at all his jokes and play wingman when he makes his move.

60. If you are broke and a friend is “making sport of you”, you may steal any drink he leaves unattended.

62. If you are trading rounds with a friend and he asks if you’re ready for another, always say yes. Once you fall out of sync you will end up buying more drinks than him.

63. If you’re going to hit on a member of the bar staff, make sure you tip well before and after, regardless of her response. 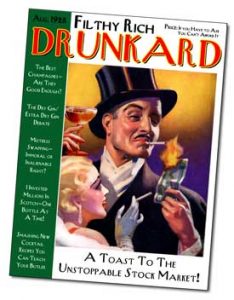 64. The people with the most money are rarely the best tippers.

65. Before you die, single-handedly make one decent martini.

66. Asking a bartender what beers are on tap when the handles are right in front of you is the equivalent of saying, “I’m an idiot.”

67. Never ask a bartender “what’s good tonight?” They do not fly in the scotch fresh from the coast every morning.

68. If there is a line for drinks, get your goddamn drink and step the hell away from the bar.

69. If there is ever any confusion, the fuller beer is yours.

70. The patrons at your local bar are your extended family, your fathers and mothers, your brothers and sisters. Except you get to sleep with these sisters. And if you’re really drunk, the mothers.

71. It’s acceptable, traditional in fact, to disappear during a night of hard drinking. You will appear mysterious and your friends will understand. If they even notice.

72. Never argue your tab at the end of the night. Remember, you’re hammered and they’re sober. It’s akin to a precocious five-year-old arguing the super-string theory with a physicist. 99.9% of the time you’re wrong and either way you’re going to come off as a jackass. 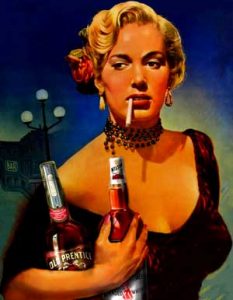 73. If you bring booze to a party, you must drink it or leave it.

74. If you hesitate more than three seconds after the bartender looks at you, you do not deserve a drink.

76. The greatest thing a drunkard can do is buy a round of drinks for a packed bar.

77. Never preface a conversation with a bartender with “I know this is going to be a hassle, but . . .”

78. When you’re in a bar and drunk, your boss is just another guy begging for a fat lip. Unless he’s buying.

79. If you are 86’d, do not return for at least three months. To come back sooner makes it appear no other bar wants you.

80. Anyone with three or more drinks in his hands has the right of way.

81. If you’re going to drink on the job, drink vodka. It’s the no-tell liquor.

82. There’s nothing wrong with drinking before noon. Especially if you’re supposed to be at work. 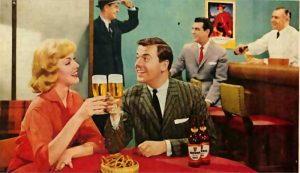 83. The bar clock moves twice as fast from midnight to last call.

84. A flask engraved with a personal message is one of the best gifts you can ever give. And make sure there’s something in it.

85. On the intimacy scale, sharing a quiet drink is between a handshake and a kiss.

86. You will forget every one of these rules by your fifth drink.

To purchase a full-sized or mini-poster of the 86 Rules, click here. 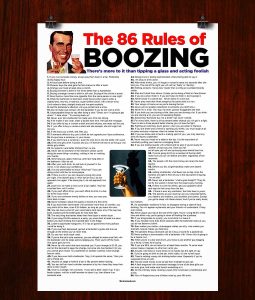