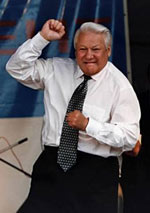 1 Boris Yeltsin’s Birthday (1931). Doing multiple shots of vodka on stage was one of his populist campaign tricks. Chilled double Stolis.

3 Heroes Day (Mozambique). “Claret is the liquor for boys; port for men; but he who aspires to be a hero must drink brandy.”—Samuel Johnson. Heroic amounts of brandy.

4 The Bacardi Distillery is founded in Cuba (1862). There’s a bat on the label because bats would pass out in the distillery’s vats. Bacardi and Coke.

6 Babe Ruth’s Birthday (1895). Contrary to popular belief, he wasn’t really pointing to where he was going to hit the ball. He was just trying to get a beer vendor’s attention. Overpriced crappy beer in a plastic cup.

8 Mass for Broken Needles (Japanese). The bane of seamstresses and DJs alike. Sake.

9 Feast Day of Apollo (Greek). The Sun God must be appeased! Tequila Sunrise.

13 Oliver Reed’s Birthday (1938). His check still hangs on the wall of the Malta bar where he drank nearly two bottles of rum and 20 pints with British sailors. Old Navy Rum.

14 St. Valentine’s Day. Patron saint of kidney disease and, uh, romantic stuff. Champagne at a fancy restaurant or whiskey sours with your cat.

15 National Sea Monkey Day. I am not making this up. Brass Monkey.

16 The Benevolent and Protective Order of Elks was formed from the The Jolly Corks, a drinking society. If my uncle’s behavior is any indication, the only thing they changed was the name. Jagermeister.

17 Feast of Fools (Ancient Rome). Take your friends to dinner, then pretend to have forgotten your wallet. Expensive wine. 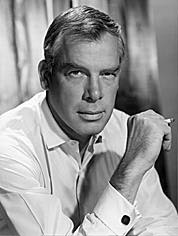 22 National Margarita Day. Gee, what shall we drink? Margarita.

23 Terminalia (Roman). Celebration of the Roman God of Boundaries, superceding the Feast of That God Who Collected Oddly Shaped Rocks.
The Terminator
1 1/2 oz Rumple Minze
1 1/2 oz black sambuca
Half fill shot glass with Rumple, top off with sambuca.

24 Flight of Kings Feast (Roman). Chase your boss down the street with a stick. Little Kings Cream Ale.

28 St. Oswald of York’s Day. He was also known as St. Oswald of Worcester. Everybody loved that goddamn monk. Old English Malt Liquor.