3 Cold War officially ends (1989). The dawn of the New World Disorder. The spoils of war—vodka.

5 Drunkard Liberation Day (1933). National prohibition is repealed in the U.S. Everything you can get your hands on.

6 National Pawnbrokers Day. The launching pad of many an impromptu bender. As much booze as your guitar speaker will buy. 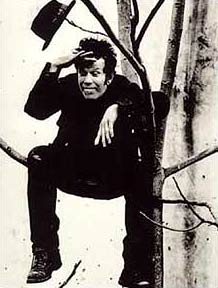 7 Tom Waits Birthday (1949). “I’d rather have a bottle in front of me than a frontal lobotomy.” Guinness Stout.

8 Sammy Davis Jr.’s Birthday (1925). “The day they stop making fun of you is the day they don’t give a damn about you.”
Sammy Davis Jr.
1 1/2 oz Stoli Vanilla
Chilled espresso
Shake with ice and serve with a twist of lemon. 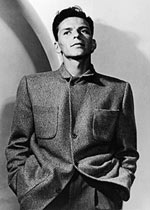 12 Frank Sinatra’s Birthday (1915). “I’m for anything that gets you through the night—be it prayer, tranquilizers or a bottle of Jack Daniels.” Jack rocks.

13 St. Lucy’s Day. Patron saint of writers, people with eye trouble and lamplighters. Drink yourself blind and in the morning you shall be magically healed.

14 The “Shot Heard Around the World” is fired in an exchange between American revolutionaries and British soldiers. Celebrate with the #1 shot drank around world. Jagermeister.

16 Anniversary of the Boston Tea Party (1773). They tossed the tea and stole the rum. Long Island Iced Tea.

18 Feast of Our Lady of Solitude (Mexico). Buy the barlot at the end of the bar a drink. Blue Moon Belgium White.

19 Underdog Day. Challenge the fattest bastard in the bar to a drinking contest. Salty Dog. 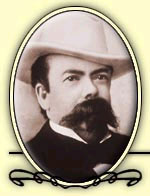 22 Willpower Day. Test yours at the bar. Well tequila.

24 National Eggnog Day. Nog is an Old English word for ale, an original ingredient. Bottle of scotch, then eggs for breakfast.

26 Henry Miller’s Birthday (1891). “Ah yes, yes, once in a while indulge…spree and pee…a look at the girls and a brawl…not too bloody…ring around the rosie…you know…shake the bugs out of the rug.” MGD.

29 Rasputin assassinated (1916). He drank enough cyanide-spiked wine to kill six men, partied until the wee hours, then finally succumbed after being shot three times and drowned in a freezing river. Fortified wine.

31 Guinness Brewery was founded (1759). There are 20 different variations of Guinness worldwide. Guinness by the gallon.