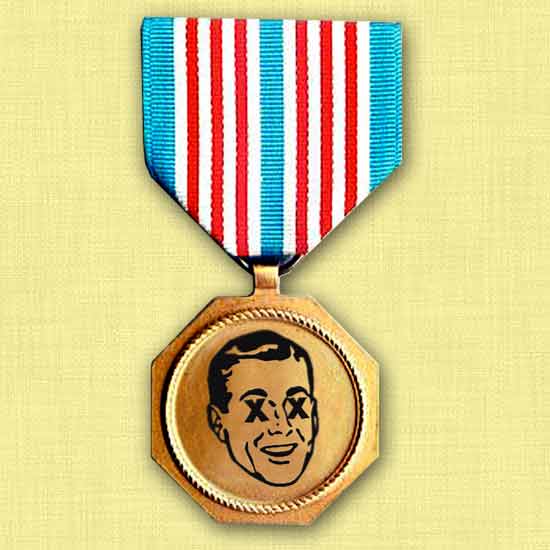 Motto: “I won’t remember you.”
Long after lesser drunks have staggered off to bed, these valorous boozers shout: “Yes, I will have another double shot of tequila!” and gallantly lurch into the inky blackness of oblivion. Fully aware that memories and public respectability are for the timid, they will barely cringe under the whipcrack of the cruel, latter-day revelations of erstwhile friends, missing credit cards and the hateful glares of apparent strangers. 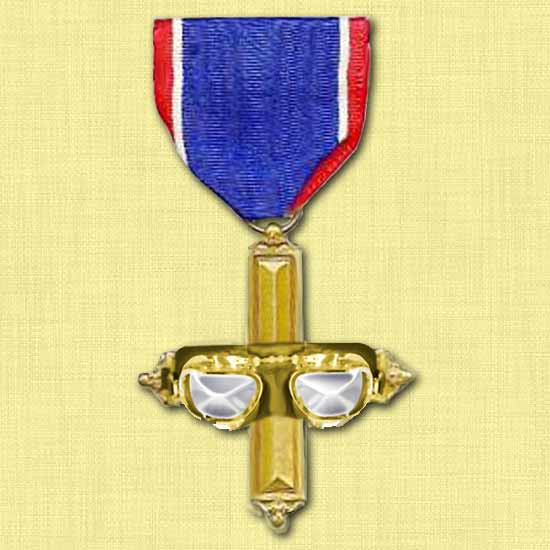 Motto: “No way that’s the same chick!”
In the face of facial warts, extreme obesity, general hideousness and severe damage to their reputations, the recipients of this award bravely advance into public makeout sessions and dark bedrooms to grapple with creatures the sober wouldn’t shake hands with, never mind share bodily fluids. 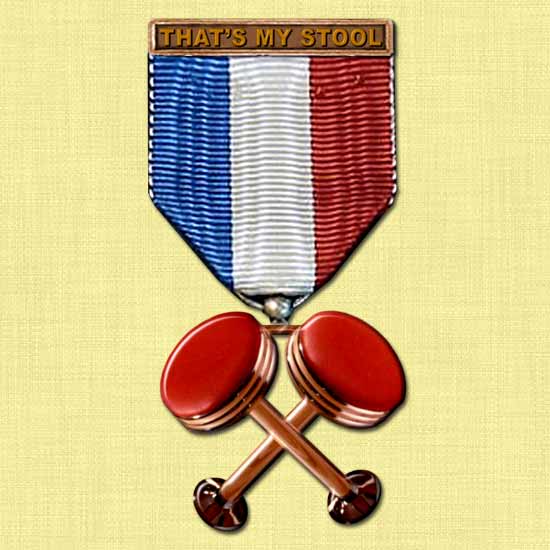 Motto: “That’s my stool.”
The first line of defense against winos, tourists, weekend-warriors and slumming yuppies, the recipients of this medal man the barstools that are the trenches of every pub. With snide remarks, inside jokes and sidelong glares, these hardened veterans tenaciously defend the bar’s television from subversive programming and prevent thirsty strangers from overwhelming the bartender. 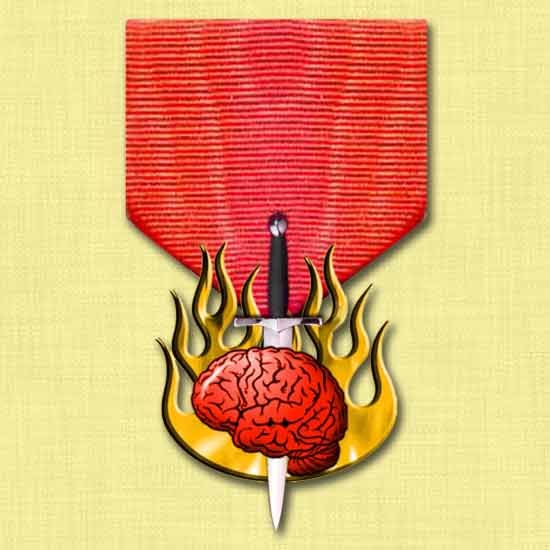 Motto: “I shall never drink again. Never.”
Prized by functional alcoholics, this commendation is awarded to those who rise at ungodly hours with horrific headwounds and gallantly sally forth to hateful jobs to stoically suffer the slings and arrows of suspicious bosses and clanging telephones. Dauntless, they tremor their way through the workday and rally at the bar to extract a cruel revenge on the evil dog that bit them. 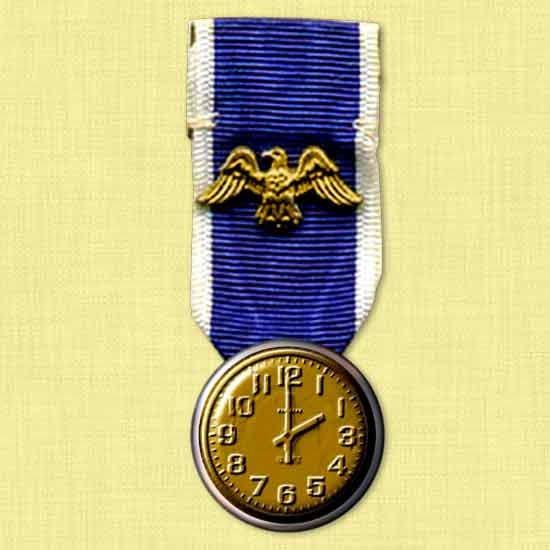 Motto: “Just one more and I’ll go, honest.”
Unflinchingly ignoring the dire threats and hoarse shouting of bartenders and bouncers alike, these elite drinkers will boldly demand just one more drink, just five more minutes. With their backs against the cold, black night and empty liquor cabinets, they will fight like tigers the dying of the light and the closing of the taps, until, finally they are tossed haplessly into the frightful maw of impending sobriety 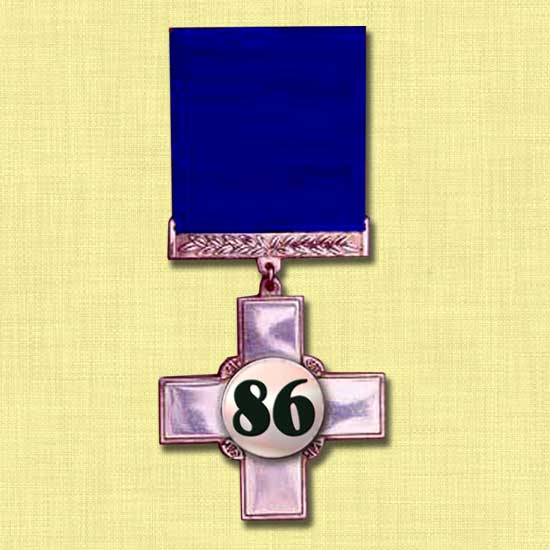 Royal Order of the 86

Motto: “I promise to be good this time.”
Awarded for aggressively abusing the patience of the most tolerant of bartenders; for never being so sober he can’t get into a scuffle with a blind Buddhist; for testing the headlock proficiency of bouncers the world over. And when the battles are over, these audacious souls still find the courage to walk back in and say, “Oh, c’mon! That goddamn Buddhist was eye-fucking me all night! 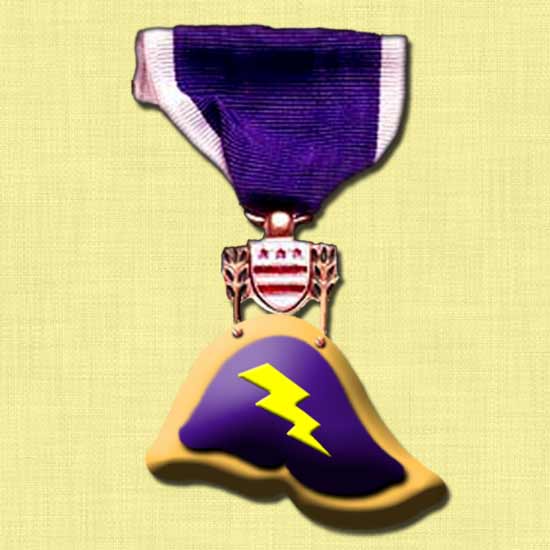 Motto: “The liver is evil and must be punished.”
No amount of blinding pain and visible swelling will sway the recipients of this medal from wholeheartedly attacking that most haughty and insolent of internal organs. “Take that, you bastard, and here comes another!” he will shout at his sworn enemy as he tests its will with jolt after jolt of rotgut tequila. 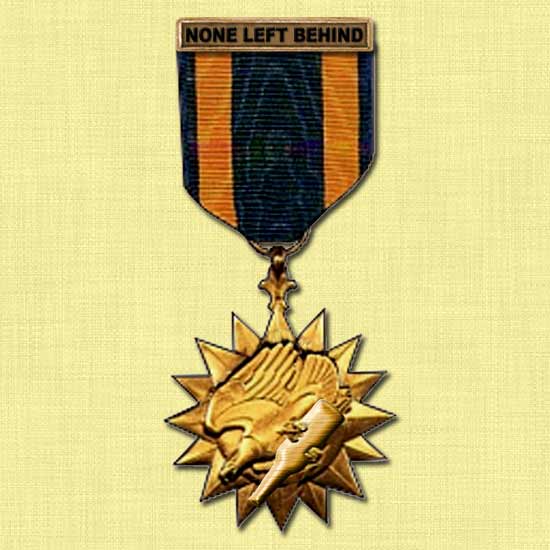 Motto: “This drink belong to anybody?”
No cocktail or pint need ever fear being callously dumped into spill buckets while this intrepid inebriate is on hand. His ears endlessly tuned to the melting of ice in a neglected cocktail and the dying carbonation of a forgotten pitcher, he will swoop down like a chivalrous Valkyrie or creep up like a stealthy commando to rescue and deliver the orphan to its rightful home—his belly. 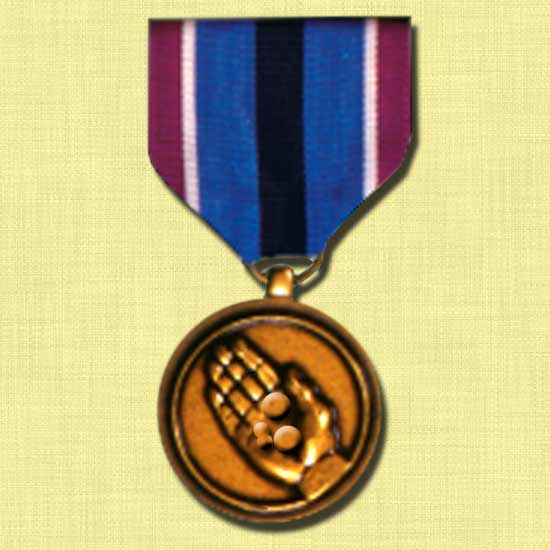 Motto: “I’m so hungry I could eat a gallon of whiskey.”
When dire finances dictate a full belly or a full-bore night of drinking, this lionhearted lush never teeters between Top Ramen and twelvers of cheap beer. Keenly aware that food is temporary but memories of debauchery last a lifetime, he will ignore his growling stomach and ask the grocery clerk, “Where’s the beer section?” 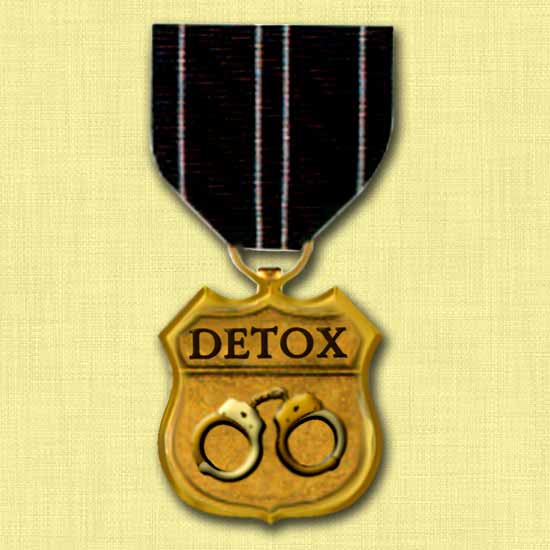 Motto: “Yamudderrfuckincopeyeainevendrunkyet.”
“These goddamn handcuffs are too tight,” are the watch-words of this gritty class of drunkard. For even the slyest of boozeheads are sometimes captured by the enemy and forced to endure the hardships of inedible box lunches, malodorous cellmates and mind-numbing counseling sessions common to detox centers and longer-term facilities. With even greater courage, he will call friends who can barely make rent and ask, “Dude, can you post bail?” 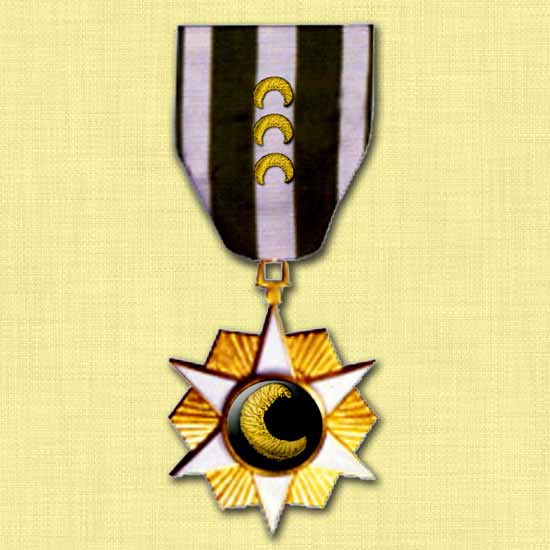 Legion of the Worm

Motto: “I see you down there, you little bastard.”
No snooty agave grub can daunt the likes of these mescal warriors. Locked in mortal combat with a bottle of the most monstrous of liquors, this liquor legionnaire will guzzle his way through hellish and murky depths and, seizing his rival in his teeth, will announce, “Tastes like chick—bllllaaaaaakakak!” 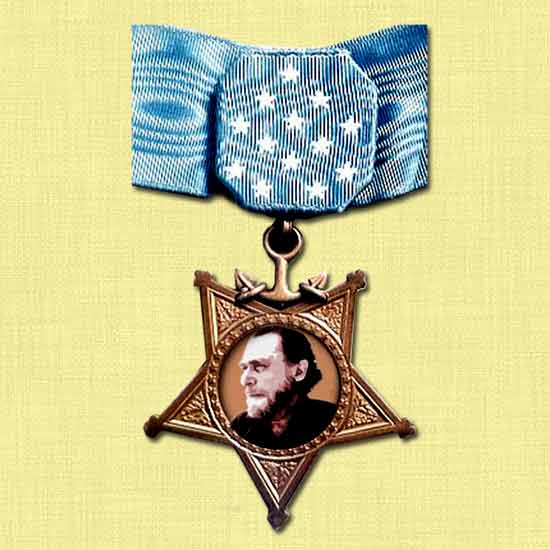 Motto: “Alcohol above all!”
The highest award a drunkard can receive, this medal is given to those who have conducted a lifelong campaign against every manner of booze, hooch, brew and vino. No fortified wine is too vile, no rotgut too evil, no beer too green for this master of benders and barroom brawls. He is the flickering light that is the inspiration of common drunks the world over. 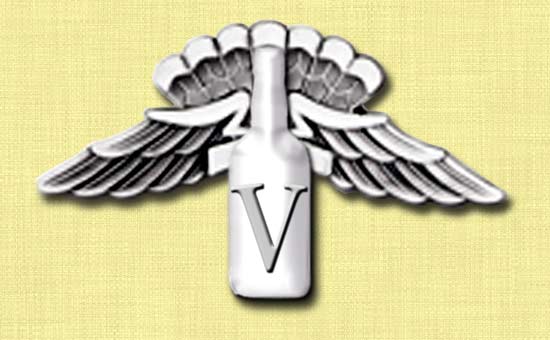 When the keg is dead and the vodka vanquished, this plucky lush will stare a bottle of vermouth in the fancy label and say, “Fuck it, it has alcohol in it, right?” And, vile shot after vile shot, he will take that bottle down. 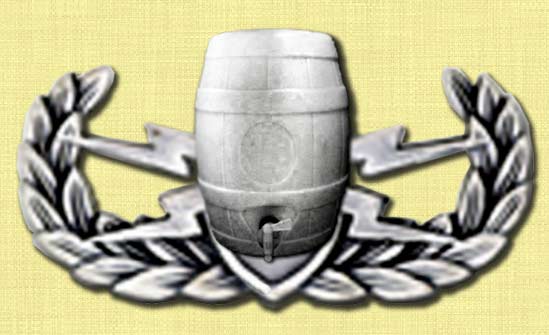 When lightweights have given up, this stout drunkard will lift the keg, slur, “It’s only half done,” vomit over his left shoulder, then single-handedly do battle with his aluminum adversary until it floats empty and despondent in its icy tomb. 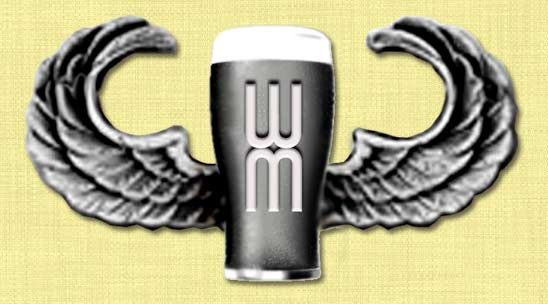 The most valuable ally any drunk can have, this heroic hooch head will distract, disempower and, yes, romantically engage the hideous sidekick so his pal may seize an alluring prize. 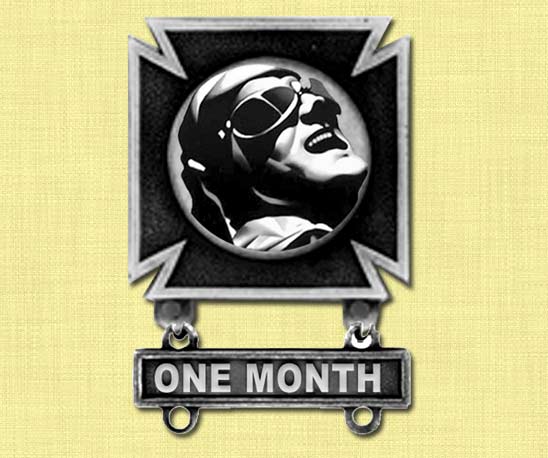 Steady employment, familial disdain and outraged spouses mean nothing to this fearless stalwart as he launches week-long campaigns against liquor and liver alike.