The driving force behind the Dick Lit revolution doesn’t need hooch to hook up. He just likes to drink. 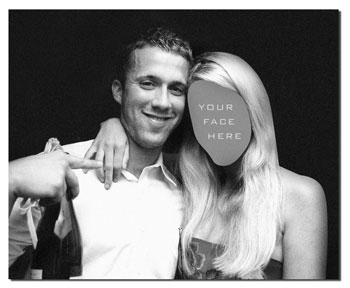 Remember your first drink?
I don’t remember my first drink. I do remember the first time I drank something I wasn’t supposed to. I was in 7th grade and my buddies and I were going over to some girl’s house to hang out with her and her friends. I wanted to bring some alcohol with me, but my mom would notice any missing bottles. So I emptied a shampoo bottle, rinsed it out a few times, and dumped some awful concoction of whiskey, vodka and gin in there — you know, because I didn’t want too much to be missing from any one bottle. Smart, I was not.

The usual:
Depends what mood I’m in. Hard liquor is vodka and club soda (and if there is fruit in it, it needs to be a lemon, not a lime. Lime is for vodka tonics). I don’t really have a specific vodka preference — other than good vodka — because I’m waiting for the idiot liquor companies to realize how much influence I have over the 16-25 year old demographic and start paying me to drink a specific brand. Until then, I don’t really care. I love beer, and given my choice, I usually drink Fat Tire. I would love to be a spokesman for them, I have been drinking their stuff since summer of 1996 when I bussed tables in Aspen after my freshman year of college. There are too many great beers to single any others out.

You’ve got 20 bucks to spend on alcohol:
I go find a girl to buy me more drinks. $20 isn’t getting me drunk, unless I buy a bottle of Night Train or something.

Drunkest ever?
My god. I’m not even sure where to begin answering that. Off the top of my head, I would have to say anytime I drink what I call “Tucker Death Mix.” It is this awful drink I invented while at a football game in Knoxville. One bottle of Gatorade, two cans of Red Bull, and a pint of Everclear. Or whatever — just mix the ratios to what you can handle.

Pretty much every time I drink that I wake up covered in vomit, not knowing where I am or how I got there.

1. Mark Twain: One of the great writers and thinkers in American history, and quite a fan of the drink.

2. Winston Churchill: Do I even need to explain this one?

3. Dorothy Parker: So few women are good drinkers, and this woman can not only out drink me, but is funnier than I am.

4. Mark Cuban: I figured I needed to add one living person, and not only is Mark is one of my business heroes, from what I hear he is a great guy and lots of fun to drink with. He’s a former rugby player, and those guys are always good drinkers.

Describe the evening:
Normally, I am the center of attention, but at that table, I’d just be happy to be there, and would try to keep up with those four.

Mark of a good bartender:
Attentive on drinks . . . or, if that isn’t happening, at least be a hot girl with big fake tits who is totally into me.

Favorite Bars:
I have two favorites that are head and shoulders above the rest: Carol’s in Chicago and The White Horse in L.A. Carol’s has the best staff — if you ever go there, Patty and Jimmy will be the bartenders. Patty is the sweetest old lady ever, despite the fact that her eyes move independently, like a gecko’s. And if you can get a kind word out of Jimmy, you are a better man than me. There is a country cover band that plays there on weekends, they are fucking awesome. The White Horse in LA is great because of “Mom.” She is a Hungarian immigrant who came over after the fall of communism, and she is the coolest woman I’ve ever met. She’s like the mom I always wanted to have but never did. Go in and ask for Mom and tell her that Tucker sent you, and she’ll talk your ear off. Her daughter is really hot, too.

Most of your romantic adventures in your books seem to involve alcohol. How does alcohol help you deal with women?
It doesn’t really. I thrive on attention, not mood altering beverages. I only drink because I like drinking, not because it helps me with women. All alcohol does is make you more of what you already are, so maybe it does make me more of myself, but that’s it.

Surefire hangover cure:
You are going to hate me, but I don’t really get hangovers. Hangovers are the result of two things: 1. Acute alcohol withdrawal and 2. Dehydration. I’ve never had issues with 1, and I drink lots of water, so I don’t have problems with 2 either. Plus I only drink good vodka and beer — the few hangovers I have gotten came when I drank cheap or sugary shit.

Can you trust someone who doesn’t drink?
Only if they have a very good reason, and after they have proven themselves in another way.

Can you imagine a world without alcohol?
Yes, and it is not a world in which I would want to live.

What’s ahead for Tucker Max:
So much stuff. Another book, Assholes Finish First, is coming out at some point. My company, Rudius Media, is doing great. I am going to have a movie going into production based on my last book, I Hope They Serve Beer In Hell, with a script that I co-wrote with my buddy Nils Parker. I could go on and on, but whatever. You will see all of it as it comes out.

You can purchase Tucker’s latest book, I Hope They Serve Beer in Hell, at most bookstores and Amazon.com.