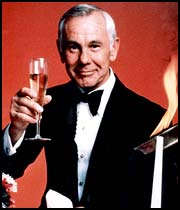 2 Groucho Marx’s Birthday (1890). “I don’t care to belong to a club that accepts people like me as members.” Country Club Malt Liquor.

4 Vodka Day. “Vodka is our enemy, so we must utterly consume it!”—Russian idiom in response to Soviet anti-vodka campaign. The enemy.

6 National German-American Day. Their beer tastes so much better when they’re not shooting at us. Bourbon and schnapps.

8 Anniversary of the Great Chicago Fire (1871). Started by a sober cow. White Russian.

9 St. Denis’ Day. Patron saint against frenzies and headaches, in that order. Hair of the dog that mauled you. 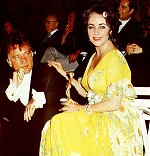 11 Vinalia (Roman). The biggest Roman wine shindig of the year. Flagons of wine.

17 Anniversary of the First Oktoberfest (1810). Over a million gallons of beer were guzzled at Prince Ludwig’s wedding. Beck’s .

20 National Brandied Fruit Day. In a pinch, you can mix brandy with a can of fruit cocktail. You heard me.

22 National Nut Day. You know who you are. Nut Brown Ale.

24 United Nations Day. Unite the liquors of the world into one body—yours. Long Island Ice Tea.

26 Anniversary of the Gunfight at the OK Corral (1881). Doc Holliday’s last words while drinking a glass of whiskey: “This is funny.” Whiskey (but not funny whiskey).

27 Dylan Thomas’ Birthday (1914). “An alcoholic is someone you don’t like who drinks as much as you do.” White Horse Scotch.

29 Hermit Day. Stay home and drink all by your lonesome. Yukon Jack.

31 Halloween. Suit up as a historical drunk. Zombie.