1 May Day. Comrade drunkards of the world, unite! We’ve nothing to lose but our outstanding bar tabs! Red wine.

2 Manfred Von Richthofen’s Birthday (1892). The Red Baron drank a shot of schnapps for every one of the 80 aircraft he downed. Schnapps. 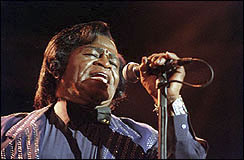 5 Cinco de Mayo. Like St. Patty’s, except the Mexicans chased out frogs instead of snakes. Tequila.

7 Homespun History Day. Remember that time you drank a keg all by yourself? Let the world know!
Truth Serum
1 oz Courvoisier
1 oz Cointreau
Juice of one lemon.
Shake with ice, shoot and tell the troot.

8 Moslem New Year’s Eve. We must drink because they cannot.
Desert Water
1 1/2 oz Tabasco Sauce
1 1/2 oz tequila
Pour Tabasco into shot glass, then use a spoon when you pour the tequila, so they don’t mix. Shoot.

10 Human Kindness Day. Alert your bartender. Shot on the house.

13 Word “cocktail” first used in print (1806). Replaced the less toothsome term “bittered sling.” As many different cocktails as you can stand. 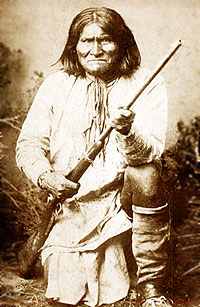 14 Anniversary of Geronimo’s Corn Liquor Rebellion (1885). Apaches rose up against a ban on reservation moonshine. Firewater.

16 Animal Day. “He who makes a beast of himself gets rid of the pain of being a man.”—Dr. Johnson. Road Dog Ale.

19 Orphan Day (Spain). Provide a nice, warm home for any abandoned drink you come across. Potluck.

21 National Waitstaff Day. Dig deep for the drink slingers. A shot of Gran Ma in the walk-in.

23 Declaration of the Bab (Baha’i). Bab was the heralder of the Beer Bellied One (Buddha). Full calorie beer.

24 International Jazz Day. Booze it up with the be-bop. Wine-spidodi.

25 National Wine Day. The only day of the year men can drink wine in a bar without feeling all sissified. House wine. 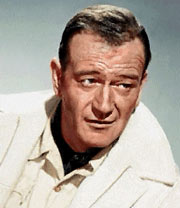 26 John Wayne’s birthday (1907). “He drank enough whiskey to float a PT boat.”—Ronald Reagan. Shot of redeye in a dirty glass.

27 Throw the Bastards Out Day. Don’t bring this up at last call. Arrogant Bastard Ale.

28 Ian Fleming’s Birthday (1908). Bond creator had more effect on U.S. drinking habits than all the prohibitionists in the world. Martini, shaken not stirred.

29 Fear and Loathing in Las Vegas unleashed on the reading public. “What? No! We can’t stop here! This is bat country!” Barcardi Rum.

30 Feast of the Queen of the Underworld Begins (Roman). You may have a date with her later, so you best suck up now.
Hell Mary
1 oz aquavit
1/2 oz tequila
2 oz Spicy V-8
Dash bitters
Dash Tabasco Sauce
Dash horseradish sauce
Shake vigorously, add black pepper to taste and garnish with celery and lemon wedge. Serve in Collins glass filled with ice.

31 Clint Eastwood’s Birthday (1930). The question is, do you feel thirsty, punk? Well, do you? Magnum Malt Liquor.