2 Anniversary of Battle of the Flowers (French). Only the French would fight over flowers. Fernet Branca.

3 Festival of Min (Egyptian). Min was the god of wheat and sex. Wheat beer in a sexy glass.

5 Tomb Sweeping Day (Chinese). Because, you know, those tombs can get awfully dusty. Tombstone Whiskey.

8 International Feng Shui Awareness Day. Just think how much your personal energy would improve if you moved the beer in your fridge to your stomach. A refrigerator of beer. 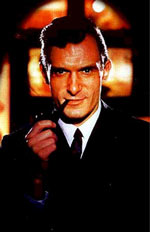 12 Walk on Your Wild Side Day. Visit a bar that doesn’t care for your type. Wild Turkey 101.

14 Anniversary of the Titanic Striking an Iceberg. Actual quote by one of the chaps at the ship’s main lounge: “I ordered ice with my drink, but this is ridiculous.” Scotch and soda, hold the ice.

15 Tax Day. If you ever needed a reason to drink, here it is. Whatever you can afford.

20 National Karaoke Week begins. Ever notice how getting drunk makes you sound like Sinatra and everyone else sound like retards? Shot of courage.

23 The Reinheitsgebot is adopted (1516). German purity law demands that beer only be made of malt, yeast, hops and water. Good German beer.

27 Ulysses S. Grant’s Birthday (1822). When informed that Grant was a drunkard, Lincoln retorted: “Find out what brand of whiskey Grant drinks, because I want to send a barrel of it to each one of my generals.” Old Crow Whiskey.

28 Crew of the HMS Bounty mutinied (1789). Among other outrages, the Captain cut off their grog. Rum.

29 Casse Canarie (Haitian Voodoo). AKA Breaking the Jugs, so as to free lost souls from purgatory. Makes sure you empty them first. Jug of rum.

30 Willie Nelson’s Birthday (1933). Talk about follow through: He not only sings about whiskey, he distills the stuff. Whiskey River Whiskey.