One of Denver’s more notorious and lucid winos reveals that life on the streets isn’t a good life, but it’s his life. 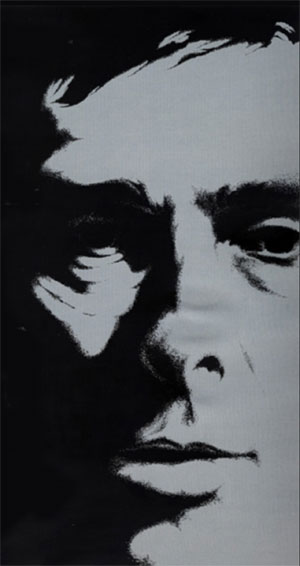 How much:
As much as I can round up. Unlike most bums, it takes a lot to get me flying. Most bums can’t drink worth a shit. You’ll see them drink two forties and start acting like an idiot.

Is the wino life all it’s cracked up to be?
What? Hell no. It means a lot of standing around, doing nothing. Bums aren’t super drunks, they’re failed drunks. If you see a guy living in a shelter or along the river, don’t think, “Hey, that guy’s really good at being a drunk.” He’s not. If he was any good at it he’d still have a job and a house.

Where do you sleep?
In a shelter or down by the river. But I’m what you call the exception that proves the rule.

Do you like fortified wine?
That’s just a stereotype. Why, do you have any?

When did you decide the wino lifestyle was for you?
It’s not like you read some Bukowski and think, “ Hey, that sounds like a sweet deal! Where do I sign up?” It just kinda happens.   You get caught up in shit. Mistakes are made. Couple wrong turns. Whole lotta burned bridges. Suddenly there’s nothing between you and the street except your shoes.

The upside:
Lots of free time. You’re pretty much your own man. Drink when I want.

The downside:
Too much free time. The weather has a big impact on your comfort levels. You get tired of not having any money. The liquor selection sucks.

What do you miss the most?
Walking into a nice bar and having a quiet drink without the staff looking at you like a big rat that just crept in. There are bars that’ll serve me, but their atmosphere is for the birds.

Are most winos crazy?
Yes. Not, you know, raving at the moon crazy, but most have something wrong with them. Lot of drugs. Every now and then you meet a pretty all right guy who just decided to drop out, but they’re pretty few and far between.

What the future holds:
I’m pretty happy where I’m at. Just doing my thing, figuring some shit out. I have a couple of friends who went straight, they have pretty good jobs now. I’ve been thinking about going back and finishing college. Did you know I was a business major? True story. I was going to be a stock broker like my Granddad. Man, I miss that stuff.

Why we must drink:
It’s what makes the whole thing worthwhile. If I didn’t have those high times, there wouldn’t be any point. I mean, are we here to trudge along, or whoop it up?