Remember the first time you got loaded?
It was 1992—slamming Strawberry Hill and Zima with three other 14-year-old suburbanites. Someone had Pearl Jam’s new album Vs. on repeat … I don’t recommend any of this. 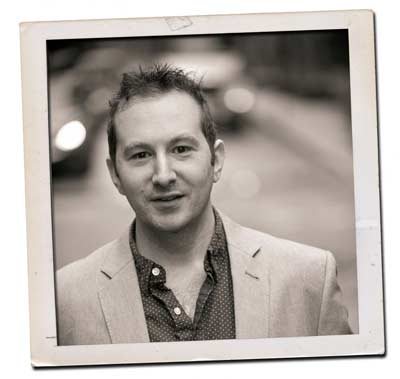 You walk into a bar. What are you having?
If there’s little elbowroom, whatever it is it’s going in a rocks glass. Or I’ll have a Guinness at first if I get the sense that dinner is not in the near future. This is, of course, assuming that I’m paying attention to that sort of thing, which hopefully I am.

Do your tastes change when you’re drinking at home, possibly alone?
There’s this overpriced grocery store down the block that has these olives stuffed with almonds. Could you think of a better excuse to fill up a V-shaped glass with gin and vermouth? I might sound like bougie scum, but trust me: It’s worth it.

Have your tastes in alcohol evolved as you’ve gotten older?
I’d like to think that my palate has developed over time, but maybe “evolve” has a wider definition. Lately I’ve been having a little red wine in the morning with my coffee. It beats the gym, and the afternoon seems to fly by. The trick is to make sure and put that bottle away until later. And I haven’t figured out that trick yet.

Are you aware of any hangover cures that actually work?
I recently read somewhere that an ice bath will shake it off, but I’ll stick with the usual greasy diner plate and 10 hours of sleep.

Your favorite bar and why:
There was a cigar bar/steakhouse in downtown Fort Worth, TX which closed in 2005, and, even though I moved to NYC two years later, I still haven’t found a place with quite the same swank threshold. That sounds insane, right? It’s probably because Blade’s Prime Chophouse (R.I.P.) maintained a general lack of airs while still pummeling you with the largest glasses of quality hooch and blasting whichever coke-y Journey album the barkeep happened to have on hand.

Ever been 86’d from a bar?
Halloween a few years ago around midnight: I went as Pee-Wee Herman and wouldn’t stop trying to imitate his laugh. Looking back, I wish they’d shown me the door 15 minutes sooner.

Your dream bender team:
Sam Peckinpah, The Waco Kid from Blazing Saddles, my bubbe and a tauntaun.

Best qualities in a bartender:
Knows when to shut up. Can make a distinction between whiskeys. Remembers faces.

Who’s your favorite drinking president?
Chester A. Arthur maintained four- to five-hour workdays and carried a basket of papers around with him so that, as one biographer puts it, he could “create the appearance of industry.” The rest of the time the virtual part-timer was downing champagne and mutton casserole as if it was standard operating procedure.

Which president wins a drinking contest?
Here’s the drive-thru approach: a.) Take all the presidents who are fans of the drink, and that leaves you with about half of them; b.) which one of the boozers weighs the most? That’d be Grover Cleveland, clocking in a 250 pounds. So, if we’re in Vegas tonight, my money’s on Uncle Jumbo—Cleveland’s nickname in simpler times when he was a pub-crawling deviant in Buffalo.

Who was the last hard-drinking president in the White House, and do you think we’ll ever have another?
Gerald Ford was the last commander-in-chief who imbibed on the job. A New York Times reporter wrote how he would suck down a pair of gin martinis on virtually every Air Force One flight. But he wasn’t some introverted, Bukowski-esque ball of self-pity. Several guests at 1600 Penn recall one night that he danced to Jim Croce’s “Bad Bad Leroy Brown.” How could you not love this guy? And will such a character return to the executive mansion? How should I know? Let’s just hope that, in the near future, the 24-hour news cycle and Twitterverse eats itself just enough to where humans can behave a little less robotically in front of the camera’s critical eye.

To your knowledge, does the White House have a stocked wet bar available for the president, should he feel the need to use it?
I don’t know the current contents of President Obama’s sidebar (he’s apparently more of a beer nerd), but I imagine he wouldn’t have to wait too long if he craved a gin fizz.

How do you know it’s time to stop drinking and go home?
What time is it?