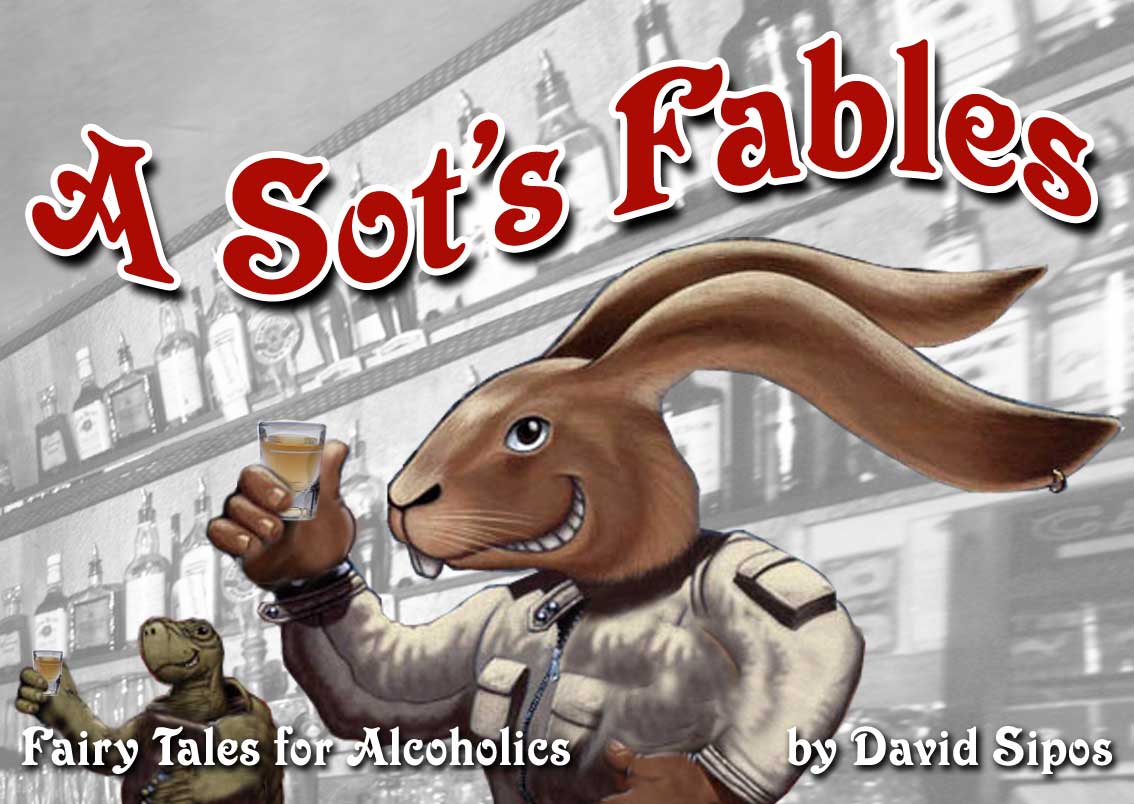 One day the Tortoise woke up and looked out his window and saw a bright sunny day, the kind of day most creatures would spend on a picnic or lolling on a grassy riverbank. Not the Tortoise. He headed for his neighborhood tavern, for the Tortoise celebrated all that was good by drinking all that he could hold.

The Tortoise was sitting at his favorite table sipping a Black and Tan when his least favorite drink-mate, the Hare, sauntered into the crowded bar. The Hare was one of those drinkers that as soon as he was the least bit tight had to be in somebody’s face about something, sports or sex or politics, anything so that he could loudly proclaim his opinions on the subject. The Hare seemed to have already downed a few, so the Tortoise tried to avoid making eye contact with him, but it was too late. The Hare made a beeline and sat down in the chair across from him.

“So here sits the grand Tortoise,” the Hare sneered. “Sipping his pint like a good little man. And he calls that drinkin’. Hah!”

“Why don’t you leave a guy be for change, Hare,” said the Tortoise. “I’d just as soon drink alone than with the likes of you.”

“Drink alone, eh? Why, that’s because you drink like a pussy, Tortoise! I could drink you under the table,” the Hare said slapping the tabletop.

The Tortoise had had to endure this kind of talk from the Hare since they were boys and he decided he wasn’t going to take it anymore. “All right, Hare. I’ll take that dare. Let’s see who can drink more. And whoever passes out first pays for drinks all day.”
The Hare laughed in the Tortoise’s face. “I hope you brought a big wad of cash, Tortoise. So, what’ll we drink, pussy, Pinot Grigio? Sloe gin?”

The Tortoise stared into the Hare’s eyes. “Tequila,” he said evenly. Everyone in the bar gasped.

“Oh ho!” bellowed the Hare. “The Tortoise is thinkin’ he’s a man today. Hedgehog, set us up.”
Hedgehog the bartender shook his head at the Tortoise as he put down a tray with two shotglasses and a bottle of Sauza. “I hope you know what you’re doin, Tortoise.”

And so the drink-off began. The Tortoise poured each of them a shot. The Hare threw his down his throat, while the Tortoise sipped his. The Hare laughed out loud.

“Nobody sips tequila, you ass wipe.” The Hare poured himself another and again and again tossed them down like a madman. The Tortoise continued to sip away at his tequila and soon the Hare had drank ten to the Tortoise’s three.

“You can’t keep up with me, Turtle,” the Hare slurred, slumping in his chair.

The Tortoise smiled at him and took a sip of tequila. “It’s Tortoise, asshead.”

The Hare laughed madly and did three more shots in rapid succession.; he’d now had thirteen in less than a half an hour. The Tortoise poured one for himself and one for the Hare. The Hare grinned at him and threw the shot down and then three more as the Tortoise just sipped away.
“Whaddaya think of that, Turtle!” the Hare yelled, then abruptly threw up all over his own furry feet before slipping out of his chair and under the table, passed out cold.

The Tortoise drank the last of his fourth shot and grinned as he looked around the bar. “Set ‘em up Hedgehog! Everybody drinks on the Hare today.!” The crowd cheered and toasted the Tortoise who made many new friends as they drank the rest of the day and far into the night.

Moral: Slow and steady and you can drink all goddamn day (and sometimes for free.)

The Ant and the Grasshopper

One summer day the Ant was toiling across the field with an ear of corn, making his way back to “the Hill” to store the grain. He passed by the Grasshopper who sat in the shade of a poppy plant working on his third gin and tonic of the morning.

“Hey, Ant,” the Grasshopper called out, “why don’t you take a break and have a drink with me?”

The Ant stopped in front of the Grasshopper. “I’m laying up this corn to make whiskey to last through the winter. I suggest you do the same.”

The Grasshopper laughed. “Why worry about the winter? I have plenty of liquor for now.”

That winter the Grasshopper was broke and out of booze. He went to “the Hill” and knocked on the door. The Ant let him in. “Ant, do me a favor. Let me have some of your whiskey and I’ll pay you back later.”

“No way,” the Ant replied. “I told you to get ready for winter.”

“I told you to get ready for winter,” the Grasshopper sneered in mimicry. Then he beat the living shit out of the Ant, took all of the Ant’s whiskey and went home and drank happily until spring.

Moral: Don’t fuck with someone who’s just trying to mooch a drink.

The Fox and the Forty

One hot summer day the Fox was strolling down an alley and spied a glistening forty-ounce bottle of Miller Genuine Draft high up on the top of a wall. “Just the thing to quench my thirst,” the Fox said to himself. Drawing back a few paces, he took a run and a jump, but just missed grabbing the bottle of beer. Turning around again, he gave it the old “One, Two, Three!” and jumped up but again missed the beer. Again and again he tried to reach the golden liquid, but missed every time. Finally he gave it up and walked away with his nose in the air, saying, “Fuck it. I’m sure that beer is piss-warm anyway.”

Moral: If you want to drink a forty, shut up and go to a liquor store, they’re two bucks, for Christ’s sake.