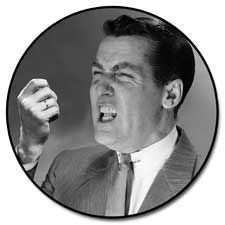 Characteristics: While their plumage is usually well-preened, this Dry moves in a strangely stiff and awkward manner. Don’t let his aggressively friendly smile fool you—the Religious Nutjobus is very predatory. If he detects the scent of alcohol he’s likely to attack with insinuating questions, Biblical quotes and perhaps even religious tracts.

Distinctive Call: “Have you accepted Jesus Christ as your personal savior?”

Translation: “You are plainly a hell-bent heathen.”

Best Defense: Pro-drinking quotes from the Bible may serve to confuse him, but the best defense is to puff yourself up into a slightly unstable Irish Catholic with IRA connections, a rival breed they tend to avoid. 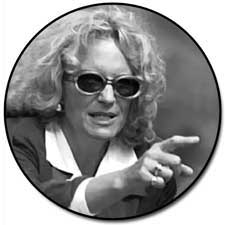 Characteristics: This uptight Dry sometimes camouflages herself with  accruements from the 1960s, to give the appearance that at one point in time she was “down with it.” Her earlier liberal belief that she could change society with peace and love, however, has mutated into a self-righteous belief that she can change society by passing stringent laws that will force all the dummies to behave.

Distinctive Call: “Sometimes people need to be protected from themselves.”

Translation: “You are too dumb to know what’s good for you, so shut the hell up and let me take care of things.”

Best Defense: Make a peace sign with your left hand and hold up a Nazi salute with your right and shout, “Heil Hippy!” 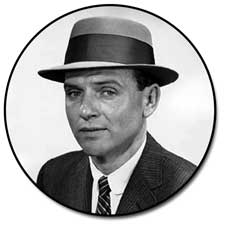 Characteristics: Though they once wore the stunning plumage of the Drunkus Functionalus, they now exist in a state of constant molting and self-examination. While many are laissez-faire about others indulging, a select few will become riled when unregulated and unrepentant boozing is mentioned in a casual manner suggesting that such a thing might be “fun” or a “kick-ass time.”

Distinctive Call: “If you ever decide the drinking thing isn’t working out for you, come to a meeting.”

Translation: “If a bad-ass like me can’t handle the booze, what chance does a punk like you have? I’ve spilt more booze than you’ve ever seen! Oh, you think you’re having fun, but you know what? Having fun is for assholes!”

Best Defense: Smile indulgently, put a hand on his shoulder, and say, “You know, personally I’m glad there’s a place for people like you, because we sure as hell don’t want you at the bar dragging the whole team down.”

Characteristics: Oscillating wildly between sputtering rage and baleful tears, this volatile Dry is rarely found outside the suburbs and political rallies. Often “hopped up” on prescription medicines, she is to be approached with extreme caution, as she is likely to lunge at you with skewed statistics and accusations of murder.

Translation: “I may be telling lies, but think about the children you’re so excited about murdering!”

Best Defense: Exposing her statistics as outright lies will only prompt her to fall back into emotional caterwauling.  A better tactic is to demand her car keys because, “Lady, you are obviously hopped up on goofballs.” 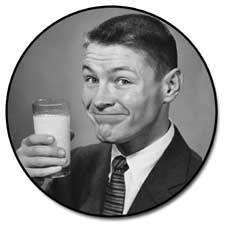 Characteristics: This skittish prude is distinguished by a nervous smile twitching beneath terrified eyes. He’s watched enough after-school specials to know what happens to those who associate with demon booze: madness and death! Though utterly harmless, if you get too close to this breed he may make you sacrifice endless hours encouraging him to “Loosen up a little” and “Just give it a taste, you might like it.”

Distinctive Call: “Sorry, but I have to run home and feed my kitties!”

Translation: “If I get drunk I’ll most likely end up in prison and then, why,  you’ll rape me.”

Best Defense: Mention the words “keg,” “happy hour” or the possibility of a “little get-together after work” and he’ll disappear as if by magic.