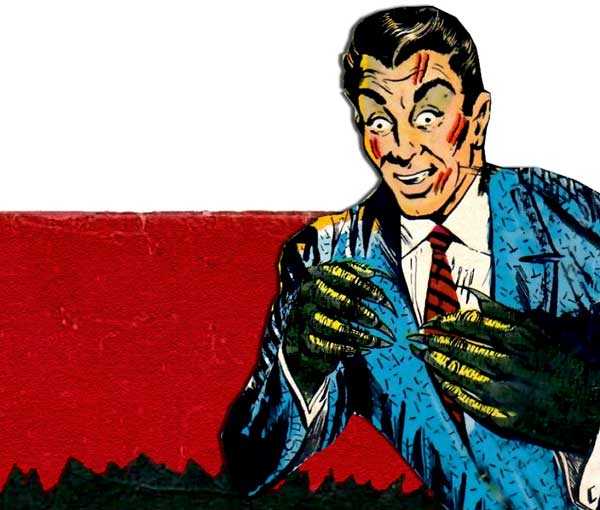 Slovenia is an oft-overlooked nation of two million people in central Europe. Among its contributions to humanity are dazzling architecture, fine pastries, and a drink known as salamander brandy.

Throw some of those icky creatures into a pot of fermented fruit and they’ll fight so desperately for their slithering lives that they’ll secrete every drop of their toxic mucous (defense mechanism) until they die. These secretions (and their mind-warping neurotoxins) comprise the magic ingredient of a brandy that is perhaps the most potent and unpredictable aphrodisiac in all of human history.

By “aphrodisiac” I’m not talking about a lousy candle and a few milligrams of Viagra. Drinkers of salamander brandy can become so stimulated that they no longer discriminate between age, gender, species, or even between animate and inanimate objects. Your neighbor’s backyard table might take the shape of a giggling, prostrated Taylor Swift.

Even if you’re a hardened substance abuser, you might want to self-isolate before popping your salamander-brandy cherry, lest you find yourself facing down a mob of disgusted cops clubbing you off some yuppie’s Schnauzer.

According to the British website grailtrail.co.uk[1], there should be only one mucous-secreting salamander per every five liters of brandy. This stuff is powerful—and toxic. Do not start rounding up random salamanders so you can suck off their mucous. It well might be your last endeavor.

Take your time with this drink. Even after the condemned salamander have oozed all over your liters of fermented fruit, it is advisable to add some wormwood, and then allow the concoction to age for several weeks prior to any consumption.

Most drinkers haven’t heard of this brew, which is probably for the best. However, there is some existing info. The most prominent modern literature on salamander brandy was an article in a 1995 edition of the Slovenian magazine Mladina (written in the Slovene language).

The following year, one Ivan Valenčič wrote the article, “Salamander Brandy: A Psychedelic Drink Made in Slovenia,” for the Yearbook for Ethnomedicine and the Study of Consciousness. Thankfully, this salamander contribution is available in English.

Valenčič tells how salamander brandy drinkers might experience such visual hallucinations as “colorful flashes.” Auditory hallucinations are also a possibility. More titillating is the mention of “sexual disorientation,” in which a drinker whose normal amorous pursuits were of the “commonest banality” is cast suddenly into a world where any perceivable object is infused with a mammoth charge of eroticism.

In addition to the concupiscent impact, drinkers have been known to experience a sense of time distortion. And some scrupulous types might be stricken with “spiritually negative emanation,” owing to how the salamander(s) was cruelly murdered in order to create the brandy (and its psychoactive effects).

The availability, production and history of this drink have been a rather secret affair. Some say it dates all the way back to the Middle Ages. For several ensuing centuries, the territory of current-day Slovenia was a witch-hunting hotbed, where people were accused, convicted and burned as “witches” because of eccentric behavior. Under such circumstances, consuming a sexually-charged psychedelic would’ve been especially perilous. Evidently, some thought it worth the risk.

Even now, with witch hunts a distant memory, the drink is an underground item. The Slovenian Tourist Board says, “Salamander brandy is prohibited because it causes hallucination and is not sold in shops.”

The Slovenian Embassy in Washington DC put your humble correspondent in touch with their Economic Counselor, who said that salamander brandy is “not consumed commonly in any part of Slovenia.”

So if you’re trying to find this brandy in its homeland, you will need an underground contact.

Or you can skip the Slovenian getaway, and make your own brew.