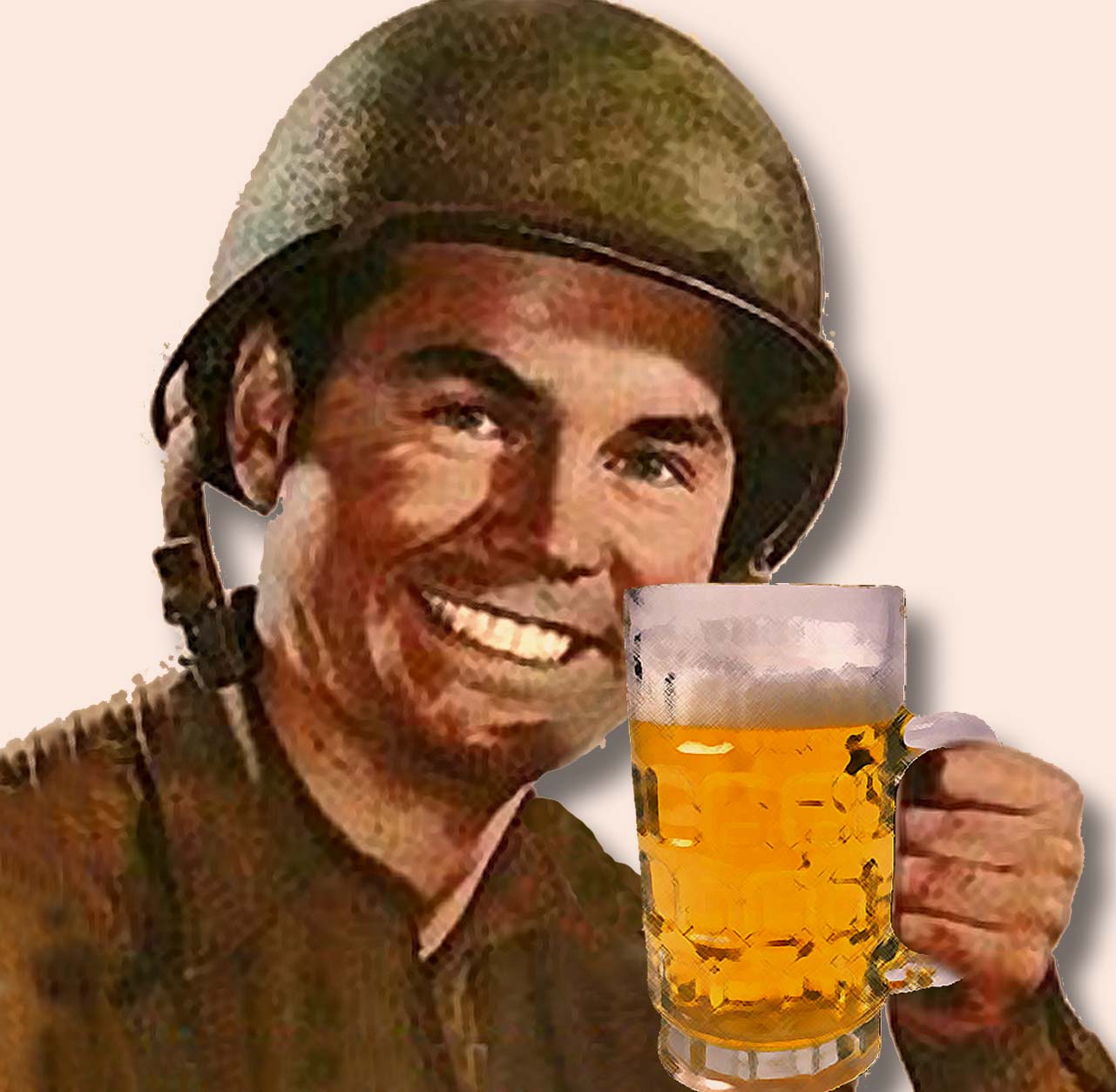 The current war is being touted as a war of good vs. evil, by us and Al-Qaeda.

And it is. But to define it even closer to the core, it is a war between cultures that drink and those that don’t. Muslims routinely bullwhip people who drink in public. Foreigners unfamiliar with local customs often find themselves tied to a post and receiving fifty lashes. Therein lies the paradox of Islam. I mean, consider it—they live in an arid and difficult environment, are forced to ride around on donkeys, camels and other vulgar beasts while wearing extremely unstylish garments, and feel lucky if they get a public glimpse of a woman’s bare ankle, for crissakes. They are trapped in a world where strong drink is needed the most, but alas, none is to be had. Their Koran forbids having a civilized cocktail, and is it any wonder they lash out at the least opportunity?

Our allies in this war, on the other hand, are mostly people whose national characters are intimately connected to drinking. For example:

The British
An empire, albeit fading, built on gin, ale and grog. They conquered the Indian subcontinent just so they could invent the gin and tonic. Their greatest contemporary leader Winston Churchill not only withstood the Nazi army, he probably could have drank the lot of them under the table.

The Japanese
In Japan it is not uncommon on weekends to find businessmen is three-piece suits passed out on Tokyo’s sidewalks. Passersby respectfully refrain from disturbing the businessmen, assuming they must be very dedicated workers, who no doubt richly deserve this restful despite from their labors. During World War II, before they sealed their kamikazes into their cockpits, they didn’t send them off with a cup of green tea and a hearty “Good luck!” They sent them off with a strong shot of sake and a “Tell your ancestors hello for me.”

The Russians
In the 1970s it was thought that the only thing that could end communism was to stop vodka and trigger a popular rebellion. In the 90s, Russian fascist Vladimir Zhirinovsky’s chief political platform was lowering the price of vodka. Could you imagine an American president publicly pounding as much booze as Boris Yeltsin?

The French
The average Frenchman drinks more wine than a Colfax wino and reap powerful health benefits because of it. During World War II they craftily let the Germans overrun their country and get drunk on their wine cellars, so the Americans could defeat them and build Euro Disney.

The Israelis
Though not renowned as boozers, the bars in Tel Aviv never close. A nation with no last call comes pretty close to living up to the title of Holy Land. Honoring the Sabbath means staying at home, having sex and drinking wine. No wonder the Muslims hate these guys.

The Germans
A country whose holidays and putsches all take place in beer halls can’t be all bad. Okay, they keep invading France, but maybe they were looking for some good wine. And they heard so much about how good Russian vodka was, they had to check it out.

Whoever thought we’d live to see it, a war with all the good guys on the same side? Easterners and westerners, Germans and Jews—even the French who seem to be hated by everyone. A lot of odd bedfellows putting aside their differences to crush into oblivion a common teetotaling foe. We’re living in truly marvelous times. We’re witnesses to history.

As you read this, Bin-Laden is on the run and Iraq is on the verge of being carpet-bombed. Those Muslims will be clear-minded and sober as their world falls down around them. Meanwhile, here at home, I’ll have another cocktail. And I’ll raise my glass to the pilots who are dropping those bombs, and to England, France, Japan, Germany, Israel, Russia and the rest of this coalition of magnificent drunks. Chin-chin!

Rules Of The Road Trip

Motivational Posters for the Sober-Challenged

The Quest for the Perfect Cocktail