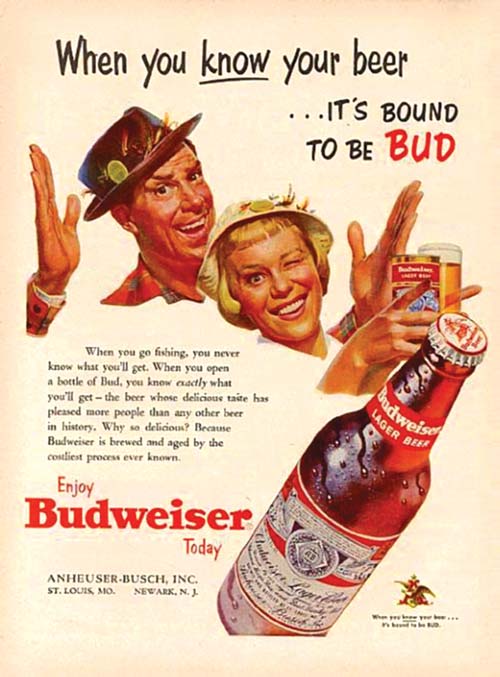 That’s Not What You Said Last Night.
Good thing he’s wearing a fishing hat or we’d think they were referring to…well, anyway, it doesn’t matter how big the fish is, so long as it fits in the frying pan, right, ladies?. 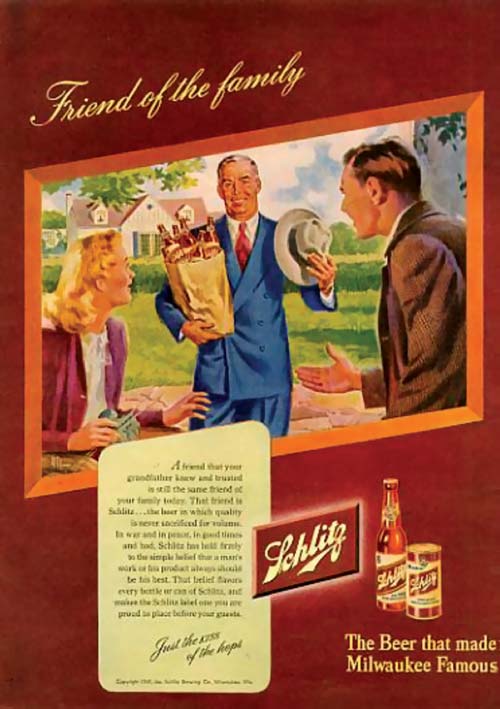 When He Goes to Shake My Hand, Grab the Bag and Run Like Hell.
By their body language, he’s much more than just a friend. It’s obvious they are using every ounce of will to restrain themselves from lunging for the bag and guzzling every delicious drop. 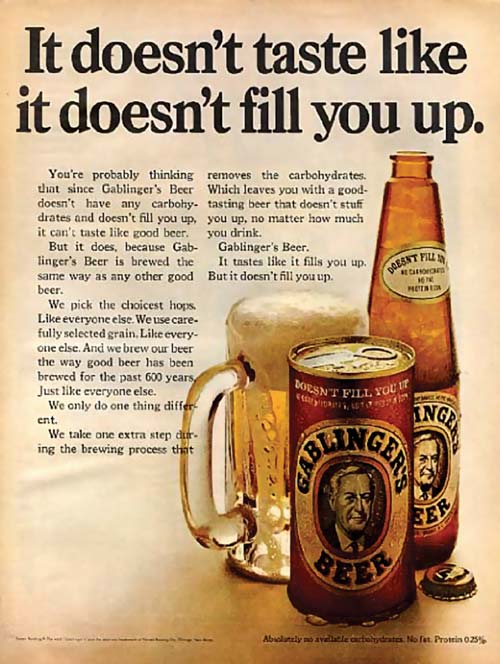 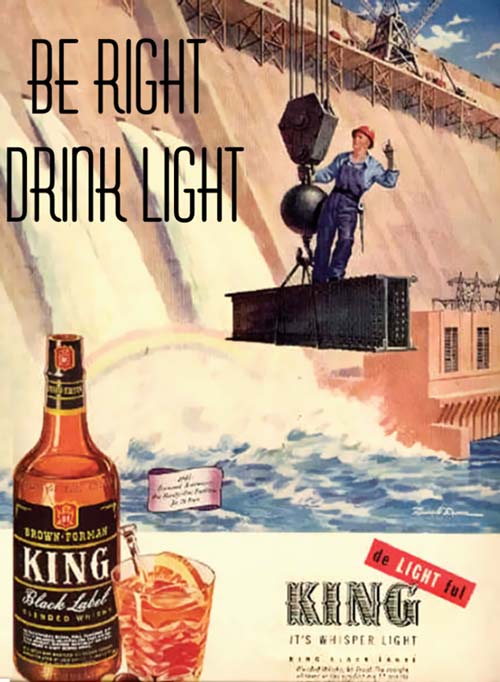 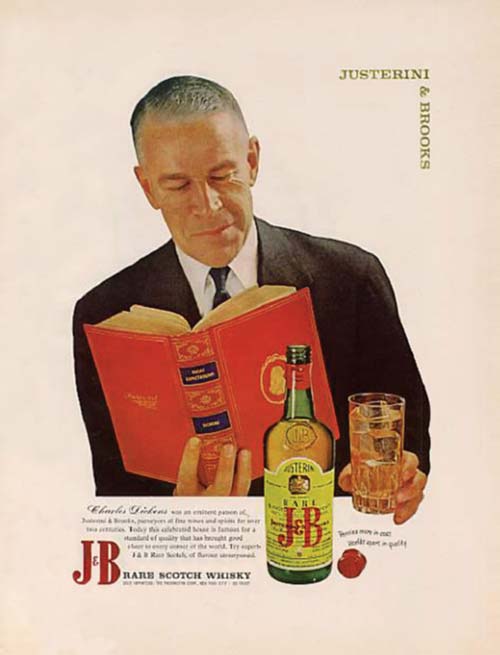 Get Out Your Reading Glass.
That’s right, pal, reading whiskey! Nothing like a water glass full of hooch to spice up Dickens’ duller passages. I mean, just because you want to spend a quiet evening at home reading a good book doesn’t mean you can’t party down a little. 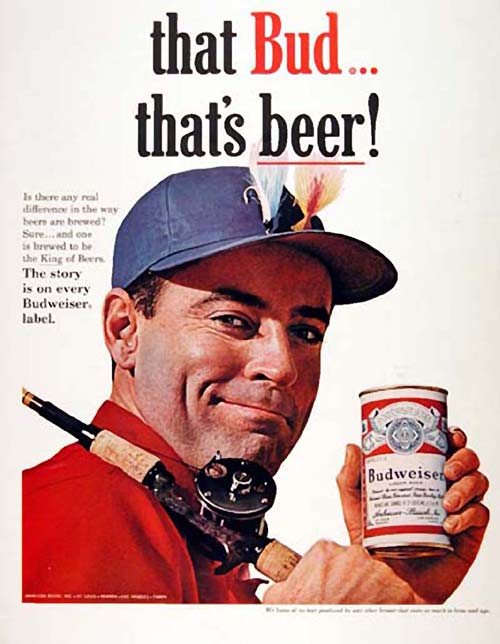 Mr. Obvious Goes Fishing
Just imagine drinking with this guy:
“That Stoli…that’s vodka!”
“Yeah, I know that.”
“That Johnnie…that’s scotch!
“Listen, knock it off or you’re going to get it.”
“That Beam…that’s bour—!”
“Aaaaiiiiiiiiiiiieeeeeeeee!”
“That pool cue…that’s pain!” 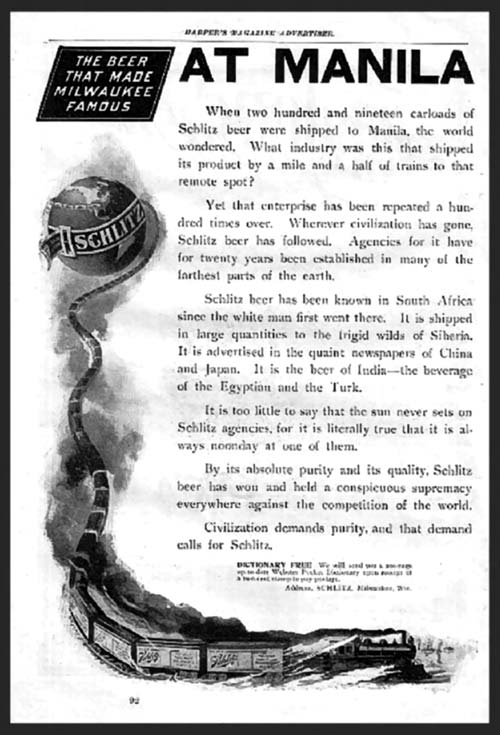 Doesn’t Matter How We Did It.
That’s right, folks, we shipped 219 carloads of beer to Manila via a mile and a half of train! We—wassat? There’s an ocean between Milwaukee and Manila? Really? Are you sure? Oh shit. Is it too late to pull the ad? Oh shit! Hold on! I got it! It went by the goddamn undersea railroad tunnel! No tunnel? Does everyone know there’s no tunnel? They do? Oh shit!

It Gets Mighty Lonely on the Frozen Tundra.
Say! Those Calvert Collins do look rather cool and refreshing, perfect for—hey, hold on a goddamn minute. What in the hell are those polar bears doing to those bottles of Calvert? And why are they watching each other do it? What’s that? They’re just “hugging” the bottles? Well, aren’t there any female polar bears they can “hug?” No?
Well, fair enough then. 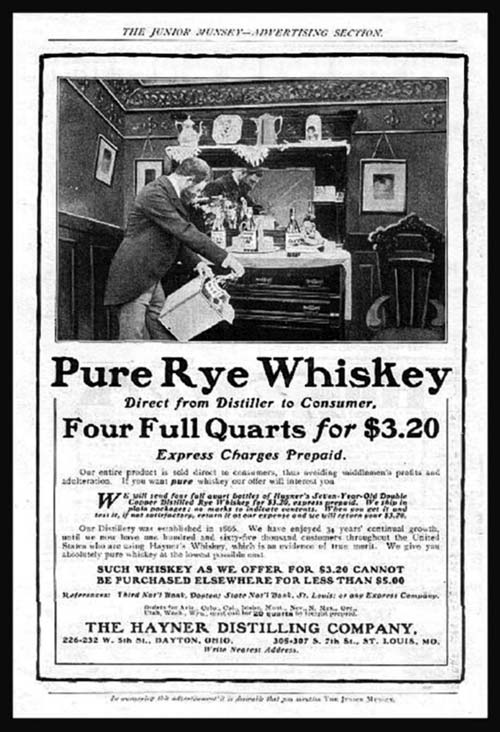 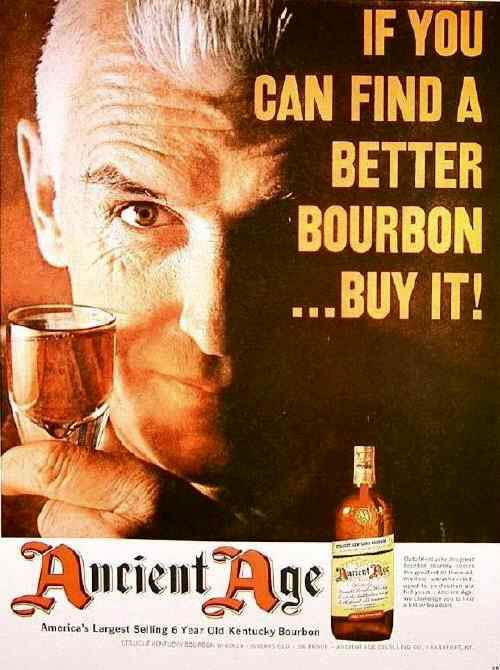 Okay, I will.
Having drank my share of Ancient Age, I’m fairly certain the ad agency that came up with this bold bluff was fired as soon as sales began to plummet. It’s akin to saying, “If you can find a safer place to live than Iraq, go live there!”