Home How-To Getting Out of the House 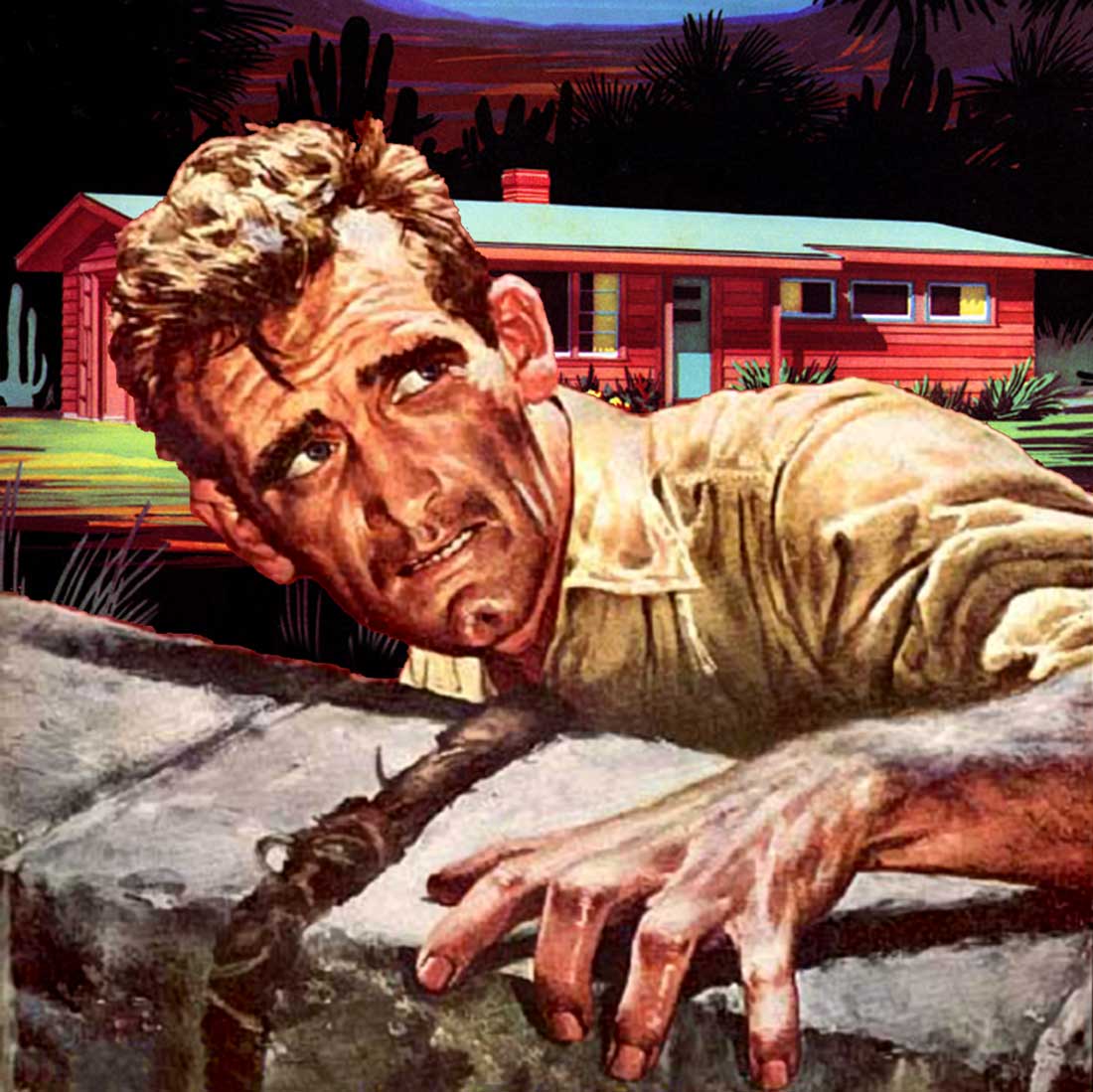 You love your wife dearly, but you need to get out to a bar once in a while for your own good and hers.

Unfortunately, spouses don’t always buy into the idea that you need some quality time in your cups without her sweet ministrations (some call it nagging). Unfortunately, you may have already reached that point in your relationship where she abruptly decided it was time for you to end all of your existing life-long friendships, meaning you’re going to have to find a different excuse to go out drinking than “Meeting up with the guys for some brewskis.”

Which means you’re going to have to employ clever new tactics (the less informed may call it outright deceit.) What follows is a list of solid excuses for a night of revelry. Modify them slightly if you wish, for longer mileage.

1.) The Friend in Need
This is the age-old standby, as infused with tradition as the bottle of scotch every married man hides in the one place his wife won’t explore: his golf bag.

It usually transpires like this: you call your wife from work or the bathroom of the bar and breathlessly tell her something to the tune of: “John just called me. His girlfriend hooked up with his boss at the holiday party. The guy is just a mess.”

Typically, you should pause to allow your wife to suggest that you accompany John to a bar in order to cheer him up. If no offer is forthcoming (wait about 2 seconds), then you should follow up with, “Would you mind if I met him for a few drinks? I’m worried about him. The last time he broke up with his girlfriend, he robbed a bank.”

At this point your wife will probably acquiesce grudgingly. Remember to mumble something about John as you stumble into your bedroom at 3am. If she asks you later what happened to John and his girlfriend, say they got back together and have never been happier. Until next time.

2.) The Work-Related Outing
Again, call from a secluded location so as to conceal your weasely, hen-pecked nature from friends and coworkers. After a brief salutation, proceed to tell her “Something big is going on at work and they want to take us out for a few drinks to talk to us about it.” Don’t even wait for a response, dive right into the ferocious lie. “I’m worried that they’re making some cutbacks. I hope it’s not me.”

There is nothing she can do about this one. If she thinks your job is on the line, she’ll let you get away with anything. So is this the perfect scam? It would be if you could use it every week. Use it once a year at most or she’ll get wise, unless, of course, you work for a dot com company, in which case it can be employed at will.

Later, when she rouses you from your blackout at 6am, tell her your job’s safe, but John got fired.

3.) The Critical Game
Here the stars have to align themselves a bit, unless your wife is completely oblivious to sports. Check your TV listings and locate a sporting event, preferably one you can’t receive at home. Tell it’s an English Premiership game that you have to see, it’s Arsenal, your favorite team. When she says, perhaps rather scornfully, “Are you talking about soccer?” quickly remind her how much you love soccer, having played it as a child. Soccer is always an excellent choice because even if she mentions the game to a friend at work, there is very little chance she, or her friend for that matter, knows a thing about soccer.

She’s not going to like this one very much. Be sure to mention it’s a crucial playoff, or that Maradona, for crissakes, is playing for the first time in years. “All the guys are going out to see it, and they really want me to come. Arsenal is just the best, and this is a critical game.”

Hopefully, she won’t realize that an entire game of televised soccer can be played in less than two hours. When you come home, explain away your drunkenness by saying Arsenal triumphed one to zero (a typical soccer score), and that although there were crazy celebrations afterwards, you continued to drink relatively responsibly. If she wishes to hassle you, launch into a spirited moment-by-moment recount of the game using the phrases “indirect free-kick,” “diving header” and “back-heeling” incessantly. She’ll go back to sleep shortly.

Then sit tight until football season starts up.

4) The In-Town Friend
“John just got in from Montana,” you say breathily as you enter the house and undo your tie/leather jacket/hip waders. “You wouldn’t believe it,” you’ll say to your skeptical wife, “he’s just in town for the night, then he’s going back to Montana to start smoke-jumping school.” Details are very important here, they add a note of obfuscation to your treachery. “I’ve got to see him.” Now, gaze sadly at her. “Do you mind? ‘Cause if you do, I’ll stay home. It’s just that I haven’t seen him in five years, and we used to be best friends.”

Now, she’ll point out that you’ve never mentioned your friend John from Montana before (by the way, you would be well-advised not to use “John” every time). Affect an offended look and accuse her of not paying attention or possibly suffering from a tragically early onset of Alzheimer’s. She’ll relent and minutes later you’ll be happily knocking back your first Jack Daniels and filling in your Keno picks at the bar.

5.) The Staged Argument
Use this ploy only in the most dire of circumstances, i.e. when you’ve already exhausted the previous stratagems to the point they’re starting to sound a little repetitive to her ears (“John’s back in town again? Why doesn’t he just get an apartment?”).

Time to throw your self-respect to the wind and throw down with your wife. The object here is to get thrown out of the house or storm out in a rage.

“I can’t believe what a cunt your friend Lisa is!” is an excellent way to get things off and running. It is effective because 1.) You’re insulting her best friend and 2.) You’ve used the “C” word. It’s smart to keep the acrimony directed at her friend instead of her personally, as this will make things easier to repair later. If you can keep the flames properly fanned you should be out the door in no less than 15 minutes, plenty of time to collect a few Happy Hour two-for-ones.

When you’ve had your fill at the bar, call her and tearfully apologize. Take a page out of her book and tell her you don’t know what’s gotten into you lately, you’ve just been very emotional.

6.) The Truth
While this may go against your most primal of instincts, it sometimes works. Say, “I just need a drink without you around.” You might be surprised – she may know exactly how you feel. Needles to say, this should be your last resort.

These should be enough to get you started. With a little ingenuity you can come up with some of your own, like the I Don’t Have Friends Anymore gambit or the Going Crazy, Need to Get Out for a Night Before There’s a Blood Bath ruse.