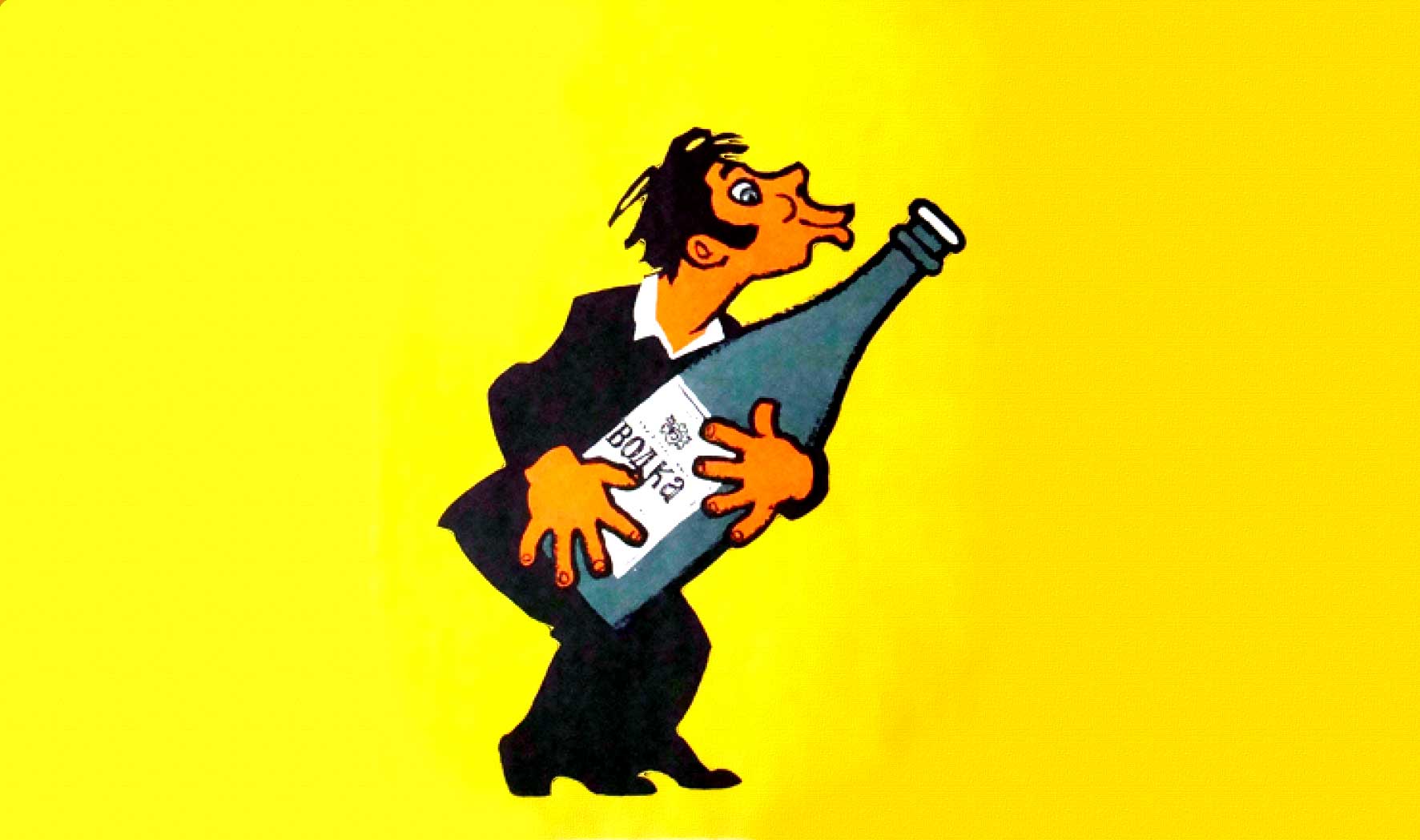 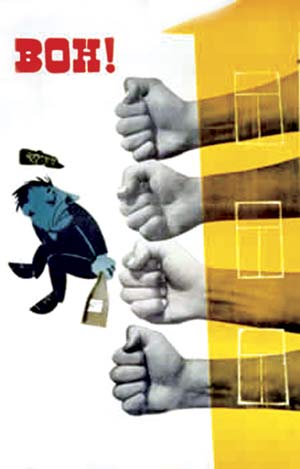 Out, puny drunkard, out!

In this Soviet poster, we see four apparent giants ejecting the inebriate with a coordinated attack of multiple haymakers. To his credit, the drunk absorbs the terrible blows and still manages to hang onto his bottle. 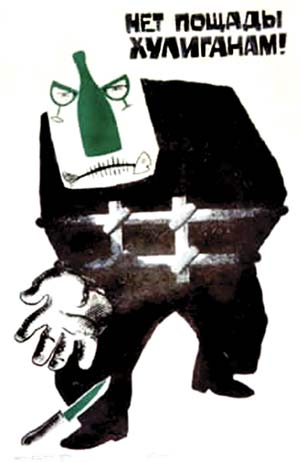 This poster, on the other hand, suggests drinking leads to a bumbling, knife-dropping, fish-eating, Inspector Clouseau brand of hooliganism. But can we blame him for packing a blade? The guy just got jumped by four giants, for crissakes.

The latter is the former with keg money.

Drinking buddies, I should hope. I mean, when was the last time you decided to embark on a spontaneous, work-night, 3am roadtrip to Vegas with a mere friend? 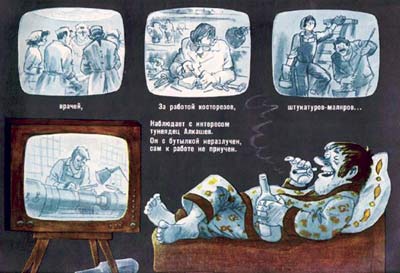 Hey, somebody’s got to clap.

This Soviet ad admonishes the happy drunk for just lazing around drinking in his pajamas while other, much more sober and somber people are accomplishing great feats such as machining important new missiles, fixing watches and mopping factory floors. And you can tell he’s really bummed out about missing out on those awesome opportunities. Yep. Sucks to be a drunkard in Russia. 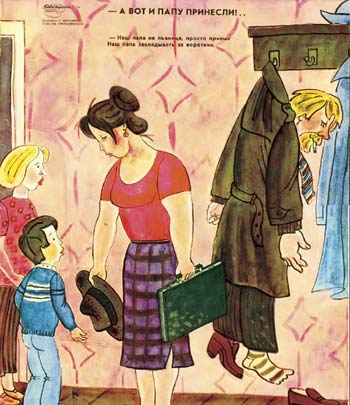 Papa comes home late, the caption reads. And how. But look, he’s got all his stuff. And it’s not like he’s beating the kids or anything, he just came home and hung himself out of the way like a lovable bat. Sweet dreams, super-functional alcoholic prince! 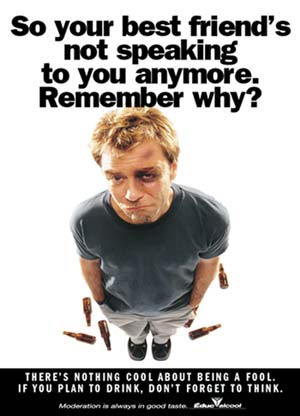 Well, I’m no forensic expert, but I’d guess it’s because I slugged him for drinking all my beer. All he’s got to do is buy a twelver and all is forgiven. I might even let him drink a couple. And besides, the black eye makes him look tough! Chicks dig that 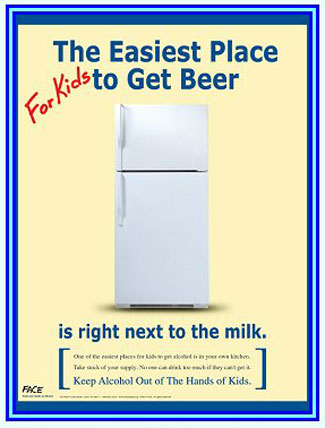 Hey, just because they’re kids doesn’t mean they’re retards. When I was a lad, I sure as hell didn’t need a poster to tell me where to find dad’s Coors. I can already visualize their next snappy campaign: “If there’s no beer in the fridge, you might find hard liquor in the nightstand next to your parents’ bed! Right next to the pistol!” 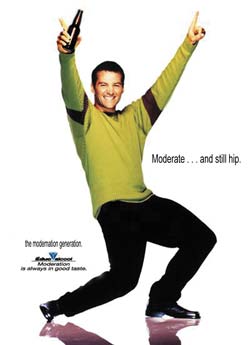 Guess who my favorite Friends character is! Go on! Guess!

Heck yeah! I gotta party with this crazy fucker. I’ll bet he belts down a whole wine cooler while watching Friends, then spends the rest of the evening trying on crazy new sweaters. Then, if he’s feeling reeeeaaal kooky, he’ll throw a Pictionary party! Woo-hoo! 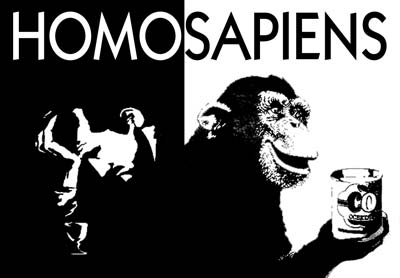 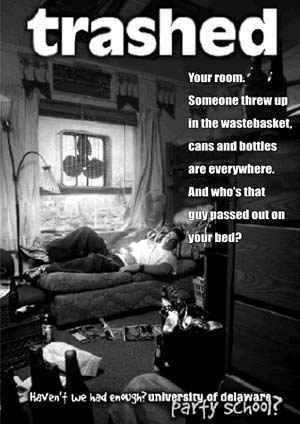 Who hired the maid?

If I found my apartment in this relatively pristine condition after a party, I’d be excited as hell. I mean, there’s still glass in the freaking window and nothing appears to be on fire. As for the stranger passed out on the sofa, that just happens to be my new drinking buddy who I’m about to send to the liquor mart for an apres-party twelver. That’s who. 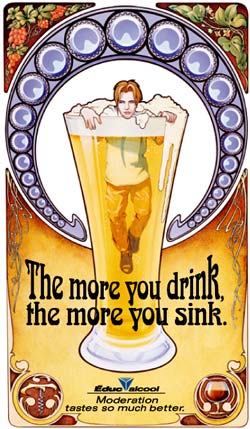 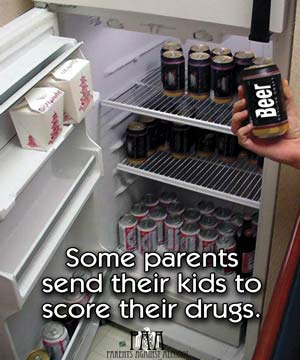 And don’t forget to pick up some crack for grandpa.

It takes a truly diabolical mind to warp the age-old ritual of bringing dad a beer after work into sending junior into a crack house to score some rock. And don’t you dare encourage your son to get a paper route, because, hey, next thing you know he’s going to start throwing, you know, bombs onto people’s porches. Just wait and see. 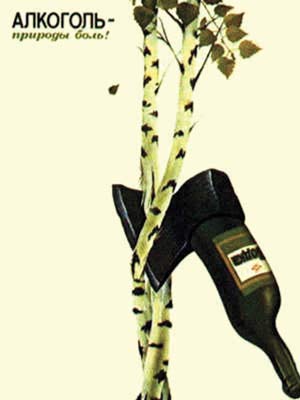 A triumph of Soviet engineering.

Comrade lumberjacks! Never be without liquid refreshment again with our brand spanking new Axe Flask! Actually, I believe the entwining trees are a metaphor for a growing romantic relationship and the Axe Flask symbolizes alcohol splitting the relationship asunder. Or maybe they’re saying, “Hey, if you’re tired of your girlfriend, just get really really hammered while sharpening your axe and she’ll split!” 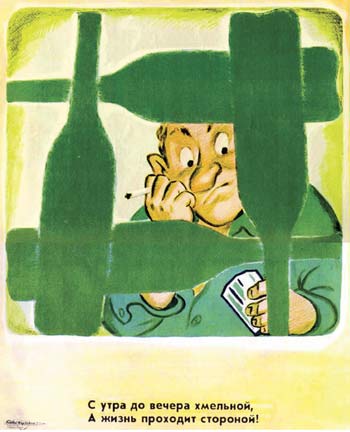 Drink your way to freedom!

Our hero seems to be in a bit of a pickle. I mean, here he is, trapped like a rat inside a veritable cage of alcohol. Good thing he brought his glass. 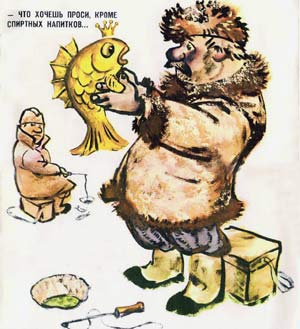 In the caption, the Magic Fish, who is in no position to get uppity, informs his captor that he’ll grant him any wish — just so long as it doesn’t involve alcohol. A revelation that, by the expressions of the fishermen, isn’t going over too well. But hey: Magic Fish for dinner!