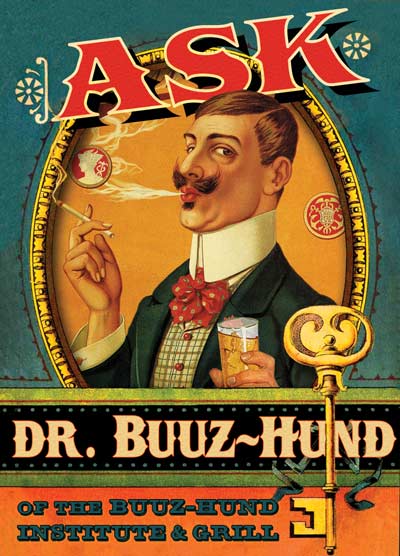 Is it mandatory for a true drunkard to have gone through at least one bad divorce in his drinking-life?

On the contrary, my dear friend, heavy drinking leads to marital bliss! Respected research has shown that heavy drinking cuts the rate of divorce almost in half. Here’s the catch though—your spouse also needs to be a heavy drinker. If somehow you got your drunk ass hitched to a tight-assed teetotaler (TAT), the chances of you staying married are less than 50%.

Yes, being a TAT can wreak havoc on a relationship and could ultimately lead to divorce. According to a recent study funded by the National Institute on Alcohol Abuse and Alcoholism, a marriage is most likely to dissolve even if only one spouse is a TAT, as opposed to both being normal healthy drunks. Researchers from the University at Buffalo Research Institute on Addictions determined that the happiest marriages are between two drunkards, closely followed by two TATs (seriously, how happy can a TAT’s life really be?), and the worst type of marriage is between a drunkard and a TAT.

Any idea why it’s called a “honeymoon?’ A strong, healthy marriage needs a good start; so back in the day, the bride and groom got to take a month off (a moon) and spend the time completely blotto on mead (made from honey).

So there you have it, the foundation of a good marriage is booze and lots of it!

Is it true that being drunk helps protect you in an accident?

Hold My Beer
Watch This, Wisconsin

History and the medical literature are replete with examples of how alcohol has helped save many lives. There are so many examples of alcohol turning ordinary people into superheroes; it’s hard to know where to begin.

Consider Mr. Charles Joughin: Charles was the chief baker aboard the Titanic. He is credited with saving dozens of lives that night, the last survivor to leave the sinking ship as it finally slipped beneath the waves. He then spent 2 hours in the freezing water, where mere mortals would pass out in 15 minutes or less, and was eventually rescued. He attributes his superhuman performance to the copious amount of alcohol he tossed back that fateful night. In fact, after giving up his own seat in lifeboat #10, he went below and “had a drop of liqueur” (a tumbler half-full of liqueur, as he later testified). This probably wasn’t the only time he slipped back into his cabin for a nip as he raced between decks, throwing deck chairs and anything else that could float to the people in the frigid water and shepherding frightened women and children into the lifeboats.

Then there is Leonid Telyatnikov, head fireman at Chernobyl. He and his crew valiantly battled the fires that broke out during the reactor meltdown. They had no special equipment to protect them from the deadly radiation. As his men started dropping around him, succumbing to the huge doses of ionizing radiation that burned them from within, Leonid fought on. But Leonid had special protection: He had been celebrating his brother’s birthday when the alarm went out and he showed up drunk, and I mean drunk as only a Russian can be drunk, to the world’s worst nuclear disaster. A year later, he and two of his colleagues were awarded Hero of the Soviet Union, but the colleagues had to receive their honors posthumously as they had died from radiation exposure shortly after the disaster. But not Leonid, he lived a normal, productive life for another 20 years thanks to alcohol.

Granted, these are two extreme examples of alcohol’s protective powers, and you might think they are isolated cases. So check out the results of a recent study conducted at the University of Chicago that looked at 85,000 trauma patients and how they faired after recovering from the trauma. Dr. Lee Friedman, UIC injury epidemiologist and author of the study, had this to say: “After an injury, if you are intoxicated there seems to be a substantial protective effect.” He found that if you were loaded when you got in the accident, your chances of dying from related heart or kidney problems are reduced by 23.5 and 30% respectively.

So the next time you’re getting ready to do a back flip off your frat house’s party porch and some dried-up 12-steppin’ hag starts screeching for you to be careful, rest assured chances are good you’ll land safely in the strong arms of Sweet Mother Booze.

I started seeing a new doctor and wonder if I should tell him how much I drink?

Need A Doctor Not A Nanny
Noneyabiznus, NH

This is a very difficult question to answer. The best possible situation is for you and your doctor to be able to discuss your health without interference from the Nanny State. You might find a doctor who is intelligent enough to understand your awesome lifestyle, but then again, your new doctor could be some kind of a rabid neoprohibitionist who thinks alcohol, rather than the life-enhancing elixir we both know it is, makes you a danger to yourself and others.

The tale of Mr. Keith Emerich of Lebanon, PA should serve as a cautionary tale to all of us. Keith went to the emergency room for an irregular heartbeat and made the mistake of confessing to the doctor that he (gasp!) drank a sixer of beer a day. The doctor suggested Keith get help for his drinking “problem,” to which Keith suggested (and rightly so) that the good doctor go pound sand. The next thing he knows his driver’s license is revoked due to his “substance abuse issues”. Keith was gainfully employed and by all accounts an upstanding citizen who got fucked for telling the truth to his doctor. The state of Pennsylvania told him he would have to put an ignition interlock device on his car to get his license back. In 2003, the year this happened, 21,000 Pennsylvanians were reported by their doctors; 6,000 of these lost their licenses and 230 of those had been reported for alcohol or drug use.

So there you go. Don’t go answering questions like “How much do you drink” with amusing answers like “A lot!” or “I take the fifth, or sometimes a liter on a heavy night.”. My advice would be to be a bit coy about exactly how much you drink. Remember the new standard is you are a heavy drinker if you drink more than two drinks per day or one drink per day if you are of the fairer sex. Let your doctor know you drink so he can properly assess any medical condition related to your drinking (such as excessive awesomeness) but don’t tell him exactly how much right off the bat.

I was told (in my younger years) that if you drink until you finish a bottle then you’re an alcoholic. Is this not the point? Pouring booze down the drain is equivalent to burning books (or Beatles records if you’re from the South). My question being, why would you not finish the bottle?

Paid for, Gonna Drink You Dry

Most people are unaware that the USDA’s Nutrition Facts label will soon be required on all bottles of liquor. Being recognized experts in the field of alcohol consumption, the Buuz-Hund Institute and Grill has been asked by the USDA to come up with typical serving sizes and we have suggested a fifth (750 ml) of spirits under 100 proof be considered a single serving.

With that in mind, this is what you should be asking yourself: Can I truly be an alcoholic if I don’t finish the bottle?

You seem to be under the false impression that being an alcoholic is a bad thing—it’s not. Alcoholism is not a disease or something to be ashamed of. It’s a lifestyle choice and an awesome one at that. It’s true this word has been hijacked by nancy-boy do-gooders who are unable for whatever reason to enjoy the lifestyle for themselves. Alcoholics need to stand up for themselves and take this word back. Sure, a few of us end up living in a cardboard box flying signs offering a handie in exchange for drinking money, but successful drunkards are the rule rather than the exception, and a successful drunkard should never quit. Saddam Hussein found this out the hard way. Rising from humble beginnings, he spent most of his exceptional life as a hard drinker, until he lost the first Gulf War. Then he gave up and became a teetotaling religious fanatic and we all know how that ended up for him: swinging from the end of a rope.

Your question was about finishing a bottle, and I’m going to assume you were talking about a .750. If instead you were asking about taking down a handle (1.75l) by yourself (or Tuesday as Mrs. Buuz-Hund and I call it), that is a level of drunkenness few can achieve though everyone is welcome to try.

Always try to finish what you start. Caps and corks are for transportation purposes only. When you open a bottle, throw the stopper away because a true alcoholic won’t be needing it again.

Have a question for Dr. Buuzhund?

Do you have a question for Dr. Buuzhund? Direct it right here: [email protected]