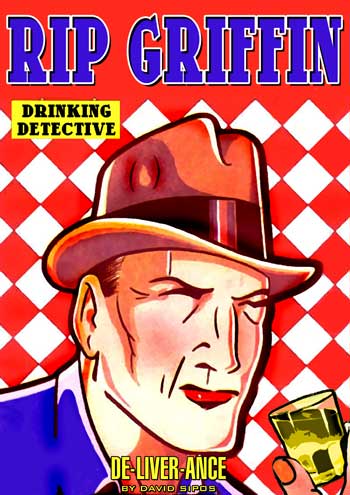 Every state in the union has its share of rednecks and crackers.

Hillbillies, from South Dakota to South Carolina, have one thing in common: a taste for illicit whiskey. Moonshine, mountain dew, white lightning, bust-head, swamp likker, whatever you call it, it’s all the same. It packs a powerful wallop, but if the cracker making the stuff doesn’t know what he’s doing, it can be just as deadly as drinking Prestone antifreeze. But no matter what state you’re from, there is always some backroad shitkicker willing to set up a still in the woods and get to work. Colorado is no different.

I was sitting barside in the Mule, a pine board tavern on the Western Slope between Telluride and Ouray owned by a college buddy of mine, Nate Bradshaw. I was drinking a Scotch Mist made with Dewar’s, and Nate was nursing some silly microbrew made with chili peppers. If I want chilies and beer I’ll eat a burrito and drink a Tecate like you’re supposed to.

“What makes you so sure someone’s making bad whiskey?” Nate asked me.

“Three people blind and six liver failures in three months. It’s either bad whiskey or the trout up here are smoking meth,” I answered. “Those people either drank or ate something bad. I’d bet on the drink.”

“But what are you up here for?”

Nate grinned. “You know what I mean, Rip.”

“Local sheriff, you know him, Swineham, used to be on the force in Denver with my old man. He’s having trouble getting to the bottom of it because people know him too well. Speaking of which, don’t mention to anybody around here what I’m doing in town.” I looked around the empty bar. “Although that wouldn’t seem to be much of a problem.”

“Yeah, the place isn’t doing so well. If I sell out now, I lose a bundle. I’m doing whatever I can to keep a cash flow going, but I don’t know, people don’t like me much here.”

“You didn’t have any trouble making friends when we used to hang out.”

“But these pricks don’t like it if you didn’t ‘grow up on the mountain,’” Nate said, suddenly angry. “Like they were all born here. Fuckers were born in Chicago or Kansas City or someplace else just like I was, now they’re locals. Fuck ‘em, I hope they all go blind.”

I finished my Scotch Mist and stood up to leave. “Maybe you should think about getting out of this burg before you lose more than just money.”

As I walked out of the Mule, I wondered why Nate was still around if he felt that strongly about the place. There wasn’t really a town, just a couple of places to stop for fuel, both the human and the automotive kind. I didn’t know how he expected to survive if no locals would patronize his bar. As it was, they had to drive a fair distance to get here.

I opened the driver’s door of my ‘65 Rambler and started to climb in when I spotted a beat-up Ford pickup driving up the dirt road that led up the mountain from the back of the Mule. I decided to follow it, simply because I had no other plan of action. I drove around the side of the tavern and headed up after the truck, dust boiling up behind me. I glanced in the rearview mirror and saw Nate standing in the door of the Mule, watching as I climbed after the truck.

I followed the road for a couple of miles. Dust still hung in the air from the truck beating the road, but I hadn’t seen the truck since it left the Mule. Suddenly there it was, parked in some heavy brush. I turned off the road and parked. I didn’t see anyone around as I got out. Maybe they hadn’t noticed me following them. Maybe they had continued on foot up to where they hid the still. Maybe I was that fucking lucky.

I got my Police .38 out of the glove box with the idea I would get the drop on a couple dumb hillbillies, solve the case, and be back in Denver in time for Happy Hour.

But, you know what? Nobody is that lucky.
I looked up from the glove box into the black-holed snout of an ancient side-by-side double-barreled shotgun sticking through the passenger side window. I couldn’t see a face above the shotgun, just a pair of steely gray eyes and a dirty red Copenhagen hat.
“You like to keep your brain inside your skull, you won’t reach for that .38,” said the Hat.

“I don’t need my .38,” I said. “Your gun will do.” I grabbed the end of the shotgun, twisting it upwards into the roof of my car. The Hat let go with both barrels, blasting through the steel roof of the Rambler.

Goddamn, I finally got me a sunroof.

I jerked the shotgun out of the Hat’s hands and then shoved the stock into his face, knocking him to the ground. I dropped the shotgun and got my .38. I opened the passenger door and scooted out, standing over the Hat. He held his broken nose and sat up, bawling like a baby.

“You’re a real sweetheart. Selling bad whiskey to folks. Killing people because they like to have a drink or two.”

“That wasn’t me, that was Nate over to the Mule. I just told him how ta make the hooch. Hell, I like to have a drink or two of an evenin’ myself.”

“You must have given him a crap recipe.”

“He tried to cut corners is what happened. Shit, man, I got my own still up here and I make a fine corn mash. Mix it with Country Time lemonade, it don’t make nobody sick.”

“Anybody else around here going to jump me?” I asked.

“Nah,” he answered, “I ain’t got no business partners.”

“Alright, then. Jump in and we’ll go down and talk to Nate about this.”

Nate’s car was gone when we arrived. We had a look inside and saw that anything of consequence was gone, too.

“Time to bring some law in,” I said, reaching for the bar phone.

“You gonna tell Swineham about my still? My whiskey don’t hurt nobody.”

I paused my hand. He pulled out a flask and passed it to me. More than a little skeptical, I poured a little into a glass and took a sip, thinking a small shot wouldn’t blind me. It was pretty good, pretty smooth.

The Hat ducked into the kitchen and came back with a can of Country Time powder. “I wonder what’ll happen to this place,” he said.

I held up my empty glass. “Don’t worry about the Mule, just load the wagon,” I said and started dialing the sheriff.