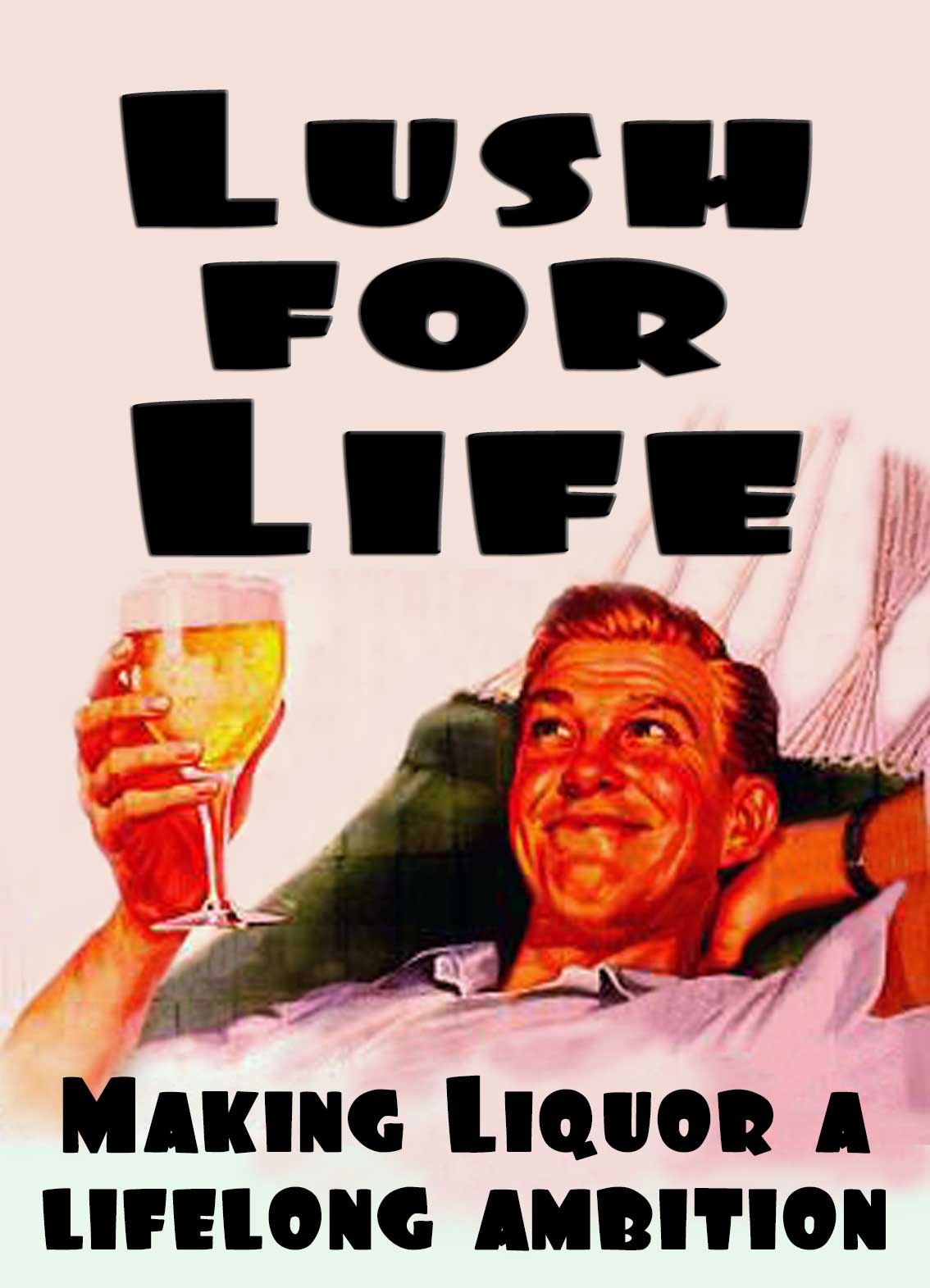 If you’re a good boy and wait until you’re 21 to start boozing, and reach the life expectancy of an average American, you’re looking at over five decades of drinking.

Quitting drinking can have massive social repercussions. Going out to bars every night, for instance, is considerably less fun if you can’t actually drink.

Some might even go as far as to assert that going to a bar and not drinking is pointless and boring. Ask any designated driver who has finally given in and agreed to pay cab fare for everyone. Likewise, your wide and loyal circle of drinking buddies seem to have no interests outside of boozing it up, leading you to wonder if alcohol was all you had in common in the first place. Which is silly. These people are, after all, your best friends.

The psychological consequences of giving up booze can be even worse. The first of the twelve steps has you admitting your own powerlessness. Admitting you are powerless over something is much easier if you can pour yourself a consoling whiskey and consign the rest of the world to damnation: “I may be powerless, but fuck them.”

Recently, groups have emerged which try to focus on managing drinking behavior rather than the all-or-nothing approach advocated by Alcoholics Anonymous. That’s all well and good for people who simply want to continue to enjoy the pleasant effects of alcohol without exposing themselves to the psychological and physical damage of constant overindulgence. But what about those among us who have developed over the years a social niche—one might call it a social role one plays—which demands being perceived as a drunkard? Is there any way to actually drink a reasonable amount of alcohol while remaining a drunkard in the eyes of society?

Yes. Here are a few tips, based on the classic warning signs of alcoholism, to keep you healthy and your friends and family worried:

1. Deny that you are an alcoholic. Strenuously and at every opportunity. You can do this even if you’ve never taken a drink in your life.

2. Drink alone. Medical studies years ago found that a glass of red wine every day was healthy. The primary effect of these studies was to give the already snooty French another reason for looking down their noses at the rest of the world. (“Oui haff made like zis for centuries!”). Recent studies have pointed out a similar or even greater benefit from a daily glass or two of beer. There is no reason not to extrapolate this to all liquor, and as the benefit is medical and not social, it is perfectly acceptable to do it alone. You don’t, after all, feel the need to take your daily dose of anti-psychotics in the presence of your friends. For greatest effect, refer often to your daily pre-dinner Mind Eraser. If you are not partial to strong drink, a simple bedtime beer bong will suffice to keep people astonished at what they assume to be your lifestyle.

3. Lie about your drinking. This one is unpleasant. A grown man claiming he had three tequila shots or a half-pint of Jack Daniels before going out is no better than a preteen girl stumbling and giggling all over the Wal-Mart parking lot after half a wine cooler. But you want to be popular just as badly as she does, don’t you? Don’t you? Okay.

4. Stick to the hard stuff. Folks who are trying to control their drinking are often blatantly obvious about it. It’s people like them who unleashed the white wine spritzer upon the world. To continue to hang with the boozehounds, you must continue to drink like one. A good choice is Campari with soda. Though it’s relatively low in alcohol, it’s incredibly vile-tasting to the uneducated palate and seen as a favorite of people who are serious about drinking.

5. Gulp your drinks. The key to being seen as a drunkard is being seen to drink copiously and quickly. This can be accomplished by a tactic I call staking your claim. A drunkard controls the drinking around him, is seen as constantly pushing people forward to drink. When you enter the bar, order a drink, ostentatiously chug it down, and order another. Chide your companions for being so slow. You can nurse your second one all night and still be viewed as a hardcore drinker.

6. Have blackouts. A well-placed phone call works wonders. Ring up your drinking buddy the next day (early afternoon is best) and ask him how you got home last night and if he knows where your other shoe is. When you show up for the next big night and he remarks on how you seem to have found your other shoe, immediately get a new drinking buddy, as this one, judging by how much attention he pays to shoes, is obviously gay. If you already knew he was gay, tell him you just loved them so much you had to run out and buy a replacement pair. He will respect this.

7. Get into trouble while drinking. Well, as much trouble as you ever did.

Follow these simple tips and you should be able to keep your health and still have to fend off the occasional intervention. When your drinking buddies start kicking off in their mid-fifties from cirrhosis, you can shake your head slowly and say: “I guess some people can really drink and some just can’t handle it.”