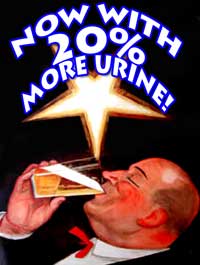 Workers at the Corona brewery in Mexico urinate in the beer vats.

The Reality
False. This persistent rumor started in the mid-1980s and spread like wildfire, costing Corona millions of dollars in lost revenue. The brewery was finally able to trace the slur to Luce and Sons, a competing Heineken distributor. A lawsuit coerced Luce into publicly admitting that urine was not in fact an ingredient of Corona. Corona has since spent over a half a million dollars trying to squelch the rumor, without much success. 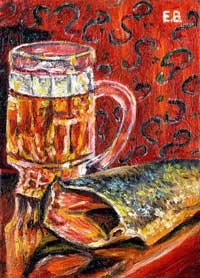 Some English beers are made with fish guts.

The Reality
True. As much as this echoes the slanderous conspiracy against Corona, it’s true. Isinglass, which is made from sturgeon bladders, is still used as a fining agent in some British beers, particularly traditional ales. The substance works by attracting and “dragging out” proteins that cloud the brew. French winemakers once used animal blood to the same effect, but the practice is now illegal. In most countries. I’ll let you guess which ones.

The original champagne glass was molded from the breasts of Marie Antoinette/Helen of Troy.

The Reality
False. As ribaldly romantic as the idea may be, the shallow, wide-brimmed glassware was invented in England around 1663, and Ms. Antoinette was born nearly a hundred years later. As for Helen, champagne was accidentally created by a Benedictine monk named Dom Pérignon about two thousand years after Helen was said to have lived.

Liquor companies airbrush the word “sex” and lurid subliminal images in the ice cubes in their print ads.

The Reality
Maybe. The liquor companies swear they are innocent of trying to subvert the hapless drunkard’s subconscious mind, but some psychologists, notably Dr. Wilson B. Key, have written books about them conspiring with ad agencies to do exactly that. Considering that most liquor ads are a short step from soft porn to begin with, one wonders why they would feel the need to sneak in some extra smut. On the other hand, certain people, including a few staff members of this publication, believe too much smut is never enough. Take a look at the picture above and judge for yourself.

The founder of MADD now works for the liquor industry.

The Reality
True. Candy Lightner, the original Mother, dropped out of the organization because she feared it had lost it’s direction and had become a neoprohibitionist tool. She presently works for the liquor lobby. How is MADD taking it? Not very gracefully. Over the years, they’ve been slowly editing her out of the history of the organization she created.

The Reality
False. The inscrutable elk on the bottle probably inspired the blood rumors, much as Red Bull is still whispered to be made with bull’s blood and/or testicles. On the other hand, Jager’s rapid transformation from a humble German liqueur to one of America’s shots of choice was probably helped considerably by the myth it’s fortified with opium or heroin extract. Jagermeister denies it, and it’s a safe bet they’re not lying — if it did contain an illegal drug it wouldn’t be legally sold in the U.S. The liqueur is an easy target for rumor-mongers because some of its 56 herbs, roots and spices are “secret ingredients” the distillers refuse to name. Me, I’m guessing cough syrup.

In the 1970’s an Austrian chemist invented a type of liquor that doesn’t cause hangovers, and was promptly killed and his recipe destroyed by the liquor industry and/or MADD assassins.

The Reality
False. MADD didn’t come into being until 1980, so we can’t blame them for that particular evil. And if the liquor companies had gotten a hold of the recipe, they certainly would have released a version of it by now. Unless, of course, they’re in cahoots with the Alka-Seltzer/Bloody Mary cabal. 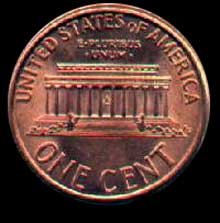 Sucking on a penny will allow you to beat a Breathalyzer test.

The Reality
False. This myth arose from the alchemic notion that copper contains properties that somehow masks or neutralizes the booze in your breath. Even if that were true (and it isn’t) a modern penny would be a poor source of copper, as it’s 97.5% zinc. You’re better off hanging a twenty dollar bill out of your mouth and hoping the officer needs a little help meeting his mortgage.

A secret society of boozeheads controls the world.

The Reality
True. Sorta. The Bohemian Club (whose members include US presidents past and present, high government officials, congressmen, corporate CEOs, billionaires, famous actors and a myriad of other movers and shakers) meet once a year at a private ranch in Monte Rio, CA. Once safely ensconced from the prying eyes of the press, they indulge in a two-week liquor frenzy and strange pagan rituals. Much as the counter-culture Burning Man or Rainbow festivals, they divide into a number of camps (each equipped with its own bar) bearing names such as Whiskey Flats, Cave Men, and Hill Billies. Security is so incredibly tight it isn’t known how much time they spend planning world domination, but staff have leaked they’re very adept at dominating the vast liquor supplies trucked in for the event.

A man in China opened a bottle of liquor and a snake jumped out and bit him in the neck. 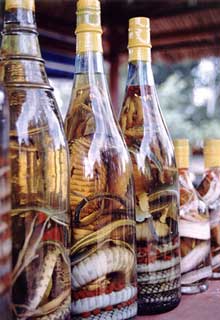 The Reality
True. If you find yourself in China and a local says a particular liquor has some bite to it, don’t be so sure he’s being allegorical. Bottles of liquor containing pickled animals, especially snakes, are quite popular in parts of Asia and apparently some of the creatures are bottled alive. The snake in the story was able to survive for over a year by breathing through a porous cork and living on its fat reserves. Imagine the creature’s zen-like patience, floating in hard liquor all that time, waiting for his chance to exact revenge on humanity. The drunk who was bitten, a gentleman named Li, survived the encounter. The snake did not.