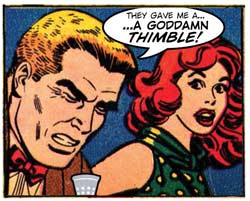 You cannot grasp the character of a beer from a one-ounce pour. It’s akin to licking a steak. Furthermore, even if you hustle from line to line like there’s a fire in your belly that only beer can put out, you end up paying 80 bucks for less than a six-pack’s worth of beer.

So, what’s the rationale behind the penurious portions? The GABF’s volunteer guidelines says it all: “The Brewers Association is dedicated to presenting GABF beers in a favorable light. Part of this plan is to provide a safe and secure environment. Make sure that your brewery representatives are aware of and adhere to the one-ounce pour rule.” (Emphasis theirs.)

There you have it. The uptight sons of bitches pour them light because they don’t think we can handle more than an ounce a throw. And while we’re on the subject–the spit cups have got to go. This wine-snobification of beer drinking should be squashed immediately. If you can’t force down one ounce of bad beer, you have no business at any event with the words great, American or beer in its name. 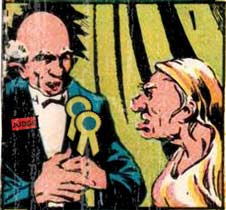 I’ve seen it with my own eyes. The NFL doesn’t let players moonlight as refs and there’s a very good reason for that. I’ve heard all the lame justifications: these are all honorable men; the tastings are blind; there are so few qualified judges available. There’s also the GABF’s assurance that judges “never judge their own product or any product in which they have a concern.” Well. I’m glad they drew the line somewhere.

As to all the excuses, I say: bullshit. There are a lot of friendships and rivalries in the craft beer industry. I don’t care how honorable a man you think you are, if you have to decide between a friend and some asshole going home with a medal, you will not only hook up your friend, you’ll convince yourself you’re doing it because it’s a better beer, by a mile, even if it clearly isn’t. As far as the tastings being blind, if a judge can’t distinguish between his buddy’s beer and the competition, he has no business being a judge. Finally, if you don’t think there are enough commercially-unaffiliated beer snobs out there willing to wear a judge crown, then you’ve never been on the Internet. There are about five million of them, and I’ll wager at least a couple hundred are actually qualified.

3.) The Privileges of Sponsorship 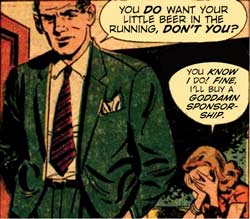 Because there are so many U.S. breweries making so many beers, there’s a surplus of entrants wanting to compete for GABF medals. Getting your beer in the running is akin to an online version of being a radio station’s 9th caller–you sit at your computer, waiting until the very second they start accepting entries, then furiously click the submit button. You may get through or, by sheer bad luck, you may be left out of the running. However! There is one absolutely foolproof way to make sure your beer, no matter how awful and undeserving, gets in the competition. Can you guess what it is?

That’s right. You pony up the dough and become a Featured Brewery Sponsor. Sponsors get to register before the rabble. Let me make this clear: the only sure way to get your beer(s) in the competition is to write the GABF a fat check. How fat? Four to twenty thousand dollars, depending upon the size of your brewery. That’s right, their shakedown has a sliding scale. 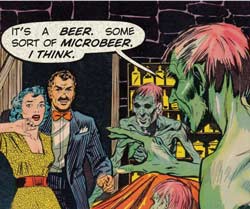 For all its flaws, the GABF is an incredible opportunity for brewers. It gives them the chance to personally pour the beers they’ve worked so hard perfecting to a horde of eager beerphiles. They get instant feedback, an opportunity to explain what they’ve done and why, and a very real chance to get a buzz going about their product.

Which is why I am always thunderstruck to find the majority of tables manned by local volunteers who don’t know a goddamn thing about what they’re pouring. Ask a question and–without shifting their glazed, disinterested stare–they’ll mumble some half-remembered crap you could have read on the bottle.

Does it bore you, brewers? Is it beneath your dignity? Are you much more interested in flitting around like a goddamn social butterfly? Then get someone from your crew to man the table. Am I suggesting a brewery rep should be physically shackled to each and every table? No. I am saying that whenever a table doesn’t have an actual brewery rep on hand, it should be forced to fly a flag depicting a zombie chasing a butterfly. Just so everyone’s clear. 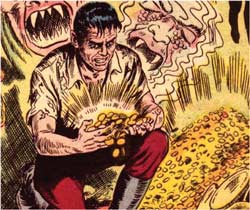 Consider the GABF’s sweet, sweet deal: they not only don’t have to bring any beer to their event, the breweries actually pay them for the privilege of bringing the beer. The vast majority of their workers are unpaid volunteers. Then they have the sheer gall to charge $80 per 4.5-hour session. And if the past is any indication, the prices will continue spiraling upward until they finally overreach that golden level of gouging and the consumer lashes back. Then you can expect the GABF to announce, while patting themselves lovingly on the back, that they’re going to lower their prices by some pittance, because they care.

Finally, they have done what every greedy and soulless events company ends up doing–they get Ticketmaster to handle their ticketing, thus adding high-level incompetence and gratuitous “convenience and processing fees” to the ugly stew.

If you’re going to prance around calling yourself a not-for-profit corporation, then everything you do shouldn’t smack of unrestrained greed.

6.) The Unpaid Army of Volunteers 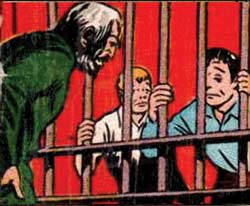 The whole volunteer thing probably seemed innocent and groovy when the GABF was just a local gathering of a few hundred craft beer enthusiasts. But once you become a massive event raking in millions from corporate sponsors and outrageous ticket prices, it’s time to start paying the temps, even if it’s just minimum wage. With all their hippie songs about sustainability and their sliding-scale shakedowns, you’d think the Boulder-based Brewery Association would be all about workers’ rights. If they can afford to shower their small cadre of full-time employees with over $4 million in salary and benefits each year, they can afford to throw a little lucre the way of the minions manning the tables. 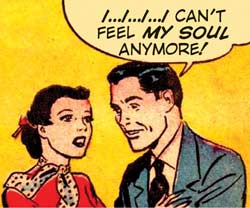 Hall F of the Colorado Convention Center possesses all the charm of a Soviet tank factory with the Nazis closing in. All the ugly, hard surfaces distort and amplify the happy babble of the crowd into the soundtrack of the Spanish inquisition. I’m well-aware of the brewery association’s rationale: With so many people begging to be fleeced, they have an obligation to provide enough space to fleece as many as possible. Which is fine, but that doesn’t mean the fleece factory has to look and feel  like a fleece factory. 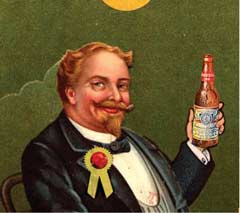 I’ve racked my brain and cannot think of one good reason why there are macrobrew categories at the GABF. I’ve never paused at a keg and thought, “Wow, the Natty Ice tastes great this year! Their brewmaster deserves the gold!”* It’s the same product every year, they spend millions making sure the taste does not change.

So why does Coors Light win one year, then Bud Light the next? It seems totally arbitrary. How do they even determine who wins “Large Brewing Company of the Year?” What’s the criteria, aside from being a current or previous sponsor of the fest?

9.) The Ridiculous Number of Medals 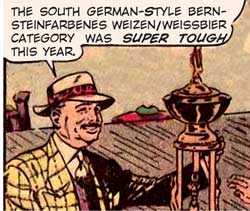 In the beginning, the GABF awarded 3 medals per year. In 2014, it ladled out 268 medals to 234 breweries. Now, I’m fully aware a microbrewing revolution has occurred, and there are many more different types of beers being made, but once you get in the habit of splitting every possible category into myriad sub-categories (and then splitting those), soon enough all you’re doing is handing out smiley faces to everyone who bothers showing up. It makes everyone happy at first, but in time the competition becomes a meaningless waste of time. If everyone is a winner, than no one is a winner.

10.) Their Contempt for Honest Journalism

You’d think members of the hometown drinking press–good, clean Americans all–would naturally receive the GABF press credentials they so richly deserve. And I’m sure some do, so long as they’re willing, year after year, to spew the manner of sickly-sweet platitudes the GABF likes to pepper their sales brochures with.

If, however, an honest publication brimming with integrity dares say something somewhat negative about the GABF (such as comparing them to the Byzantine Empire in its final years–corpulent, greedy, arrogant, entirely out of ideas and likely to fade into irrelevance in the next decade) then the sons of bitches cut you off. You’d think they’d appreciate someone holding up a mirror to their hideously-deformed mug so they could make some adjustments or at least pile on an extra layer of makeup. Am I right or am I right?

The Qingdao Beer Festival Is Evil…

You Know You’re a Drunkard When… Archives