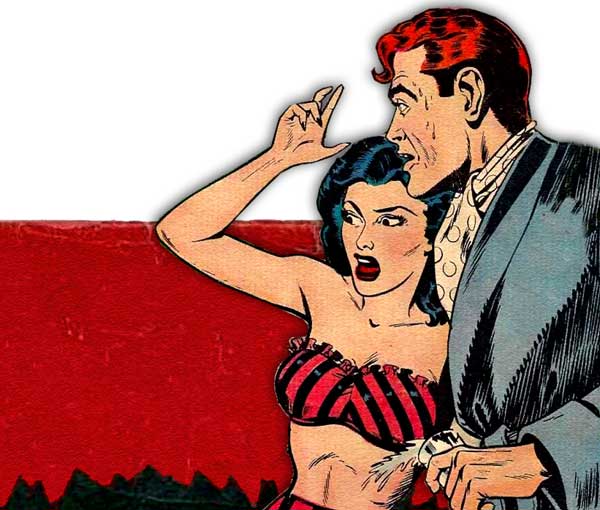 “Natty” (or “Unnatural Light,” as it’s also called) has long been the unofficial beer of students and the cash-strapped everywhere.

As the market analysts say, Natty “competes on price,” meaning it has little to recommend it beyond being extremely cheap. Depending on where you live, you might be able to pick up a 30-pack for under $15.

Cheap beer is not a fresh idea, but for Natty it wasn’t supposed to be this way. Concocted by Anheuser-Busch in the 1970s, Natty was envisioned as the brewery’s elegant answer to the Miller Lite juggernaut. It wasn’t. Today it’s a punch line even to the people who buy it. And yet, according to Beverage Industry, Natural Light is currently the 5th best-selling beer in the U.S. Natty, it seems, is the beer that America both laughs at and loves. It’s been a strange journey.

The “Father of Light Beer,” according to his Washington Post obituary, was biochemist Joseph L. Owades. Dr. Owades’ specialty was fermentation science, and he first found employment with Rheingold Breweries. A diligent employee, Owades got into the habit of asking non-beer drinkers why they didn’t like beer and he usually got the same answer: They were afraid of getting a beer belly.

This revelation inspired Owades to invent a process to remove the starch from beer, thus reducing carbohydrates and calories. Rheingold liked his idea, and in 1967 introduced Gablinger’s Diet Beer (the “Diet” was later dropped). Cans featured a portrait of a stern-looking man, presumably the mysterious Gablinger, and the riveting slogan “Doesn’t Fill You Up.”

But the world wasn’t ready for diet beer, and Gablinger’s quickly flopped. It was such a disaster that Rheingold had no objection to Dr. Owades sharing his light beer secrets with Meister Brau brewery of Chicago. Meister Brau, a small and struggling brewer with little to lose, decided to take a gamble and rolled out Meister Brau Lite. (Owades claimed that, being from Chicago, the Meister Brau folks didn’t know how to spell the word “light.”)

Meister Brau Lite flopped and took the brewery down with it. The company was sold to Miller, along with the secret of making light beer. At the time, in the 1970s, Miller was only the third-biggest brewery in Milwaukee (behind Pabst Blue Ribbon and Schlitz) and a far cry from Anheuser-Busch, the undisputed market leader in the U.S.

But Miller was determined to make something out of this light beer idea and spend the dollars to market it properly. They would ultimately create one of the longest-running and most memorable advertising campaigns ever mounted.

The crucial task was to persuade male beer drinkers that their new product (to be called Lite Beer from Miller, and later just Miller Lite) was no diet, sissy beer. Their attack was two-pronged. First, hire tough guys and jocks—seemingly every jock on the planet, by the 1980s—to endorse the product. Second, emphasize—loudly and repeatedly—that Lite was “less filling,” so you could drink even more beer thanks to its lightness. “Everything you always wanted in a beer,” the slogan promised. “And less.”

Although Dr. Owades would not reap the profits, light beer had finally arrived.

In St. Louis, the Anheuser-Busch honchos were unconcerned by the debut of Miller Lite. August Busch III, fresh off of deposing his own father as head of the brewery in a palace coup, scoffed at the very idea of light beer. “It’s just a matter of time until Miller Lite falls on its face,” he said, according to the book Under the Influence: The Unauthorized Story of the Anheuser-Busch Dynasty.

But when Miller Lite shipped 5 million barrels in its first full year on the market, A-B quickly realized that it had to respond. “We missed the boat,” August III confessed.

But despite that admission, A-B was still not entirely on board. Their response, when it came, would not be a light version of its flagship brand, Budweiser. Budweiser Light? Bud Light? Unthinkable. That would only serve to damage the prestige of Budweiser, the “King of Beers,” A-B’s brain trust decided. No, instead A-B would launch an entirely new brand: Anheuser-Busch Natural Light, soon shortened to just Natural Light.

Natty was born in 1977, more than two years after Miller Lite. Early print ads claimed it was “brewed with water, rice, hops, barley, and yeast,” whereas Miller Lite, according to the same ad, was brewed with “propylene glycol alginate, amyloglucosidase and potassium metabisulfite.” It weighed in at a mere 97 calories, comparable to Miller Lite’s 96.

Natural Light’s rollout was supported by an expensive TV ad campaign; but where Miller hired mostly athletes, Natty’s pitchmen at first were mostly comedians. Norm Crosby, “The Master of the Malaprop,” appeared in many of the ads. And then there was Ray J. Johnson.

The ads were a great success — for Saluga, who was rocketed to his 15 minutes of fame. The memory of Ray J. still lingers as a strange and unexplainable relic of the 70s. But Natural Light as a brand made little headway against the Miller Lite advertising juggernaut.

By now it was plain that jocks were the essential ingredient to selling light beer, so A-B took to raiding Miller’s stable of celebrity endorsers. TV ads showed Norm Crosby introducing “athletic supporters” such as Mickey Mantle, Catfish Hunter, and Joe Frazier, all former Miller Lite pitchmen, who now declared that they preferred Natural Light. They all signed a sworn affidavit that they had picked Natural over Miller Lite in a blind taste test.

This talent raid was just one skirmish in a “war,” as August III described it, between A-B and Miller for beer supremacy in the U.S. The war lasted into the late 1980s and was fought on many fronts.

Including the legal. In 1986, Miller tried to halt all sales of Natural Light, arguing to the Federal Trade Commission that its trademark gave it exclusive rights to the words “lite” and “light” in marketing beer. A-B struck back with an FTC complaint of its own, targeting Miller’s then-premium brand, Löwenbräu. Miller brewed Löwenbräu in the U.S. under license from its German creator in Munich; but the American version, A-B argued, did not conform to German beer purity laws, as Löwenbräu ads implied.

Both petitions were dismissed by the FTC, but A-B won the battle anyway—all the negative publicity surrounding Löwenbräu destroyed its reputation, and the Löwenbräu brand, ancient and venerable in Germany, never recovered in the United States.

The legal potshots continued. Miller complained to the FTC again, about the use of the word “natural” in Natural Light ads, and trotted out a team of nutritionists to argue the definition of the word. A-B countered by claiming the advertising slogan for Miller High Life, “the champagne of beers,” was false advertising because beer “contained none of the qualities of champagne.” As before, the FTC rejected both petitions.

Some of the strategies and weapons deployed in this war would be hard to believe were they not so well-documented in William Knoedelseder’s book Bitter Brew. In St. Louis,  A-B brewery workers wore T-shirts that said, “I Am a Miller Killer.” In Milwaukee, Miller CEO John Murphy showed reporters a voodoo doll named August III that he routinely tortured with pins and needles. He also obtained a floor mat emblazoned with the Anheuser-Busch eagle logo, just so he could trample it whenever he sat at his desk.

In the end, Miller need not have bothered with the FTC petitions to stop Natural Light. Natty barely dented Miller’s dominance of the light beer market. Only the eighth-best selling brewery in the U.S. at the start of the 1970s, Miller shot to second place by the end of the decade on the strength of Miller Lite alone. Desperate for success, August III rethought the unthinkable and made the fateful decision to spin off a light version of Budweiser, Bud Light, and throw all the brewery’s considerable advertising resources behind it.

This move was the turning point of the war and the start of Natural Light’s journey into the shadows.

Even in exile, Natty found a niche it could fill. It would be A-B’s entry in the rock-bottom market, their presence on the very lowest tier of the beer shelf, what the market men call the “gladiator pit.” It would get next to no advertising support and have to compete and survive on price alone.

And on that level, Natty has turned into an undeniable success. Freed from the burden of dueling Miller Lite, and now priced in line with its actual worth, Natty turned into a solid seller for A-B. It even proved worthy of a spin-off brand: a malt liquor called Natural Ice that has stuck around since the mid-1990s.

In 2009 came the Great Recession. Beer drinkers began trading down to “sub-premium” brands, and A-B courted them with its first television advertising campaign for Natty since the early years of its launch. There were no celebrities this time around. The crude ads touted “nattyisms”—dull-witted jargon targeting young drinkers and couch-potatoes—but they were good enough to launch Natty into the top five in U.S. beer sales.

Which is where Natty stands today. And that’s a strange thing. Maybe Natty has acquired some of the hipster credibility that somehow turned Pabst Blue Ribbon into an acceptable, even fashionable beer. There are similarities: both are underdog beers that survived in a fierce market without much advertising, and both have short, punchy nicknames (Natty and PBR) that lend them a dash of street cred.

Or maybe cheap beer is just cheap beer, and Natty will fade back into obscurity soon enough. But for now, you can walk into a store and pay not much for a lot of Natty Light without the slightest sense of shame because 1.) your peers are legion, and 2.) long ago, back when it ran with rich jocks and celebs, when all the big shots in the brewing biz called it “The Natural,” Natty Light was a contender.