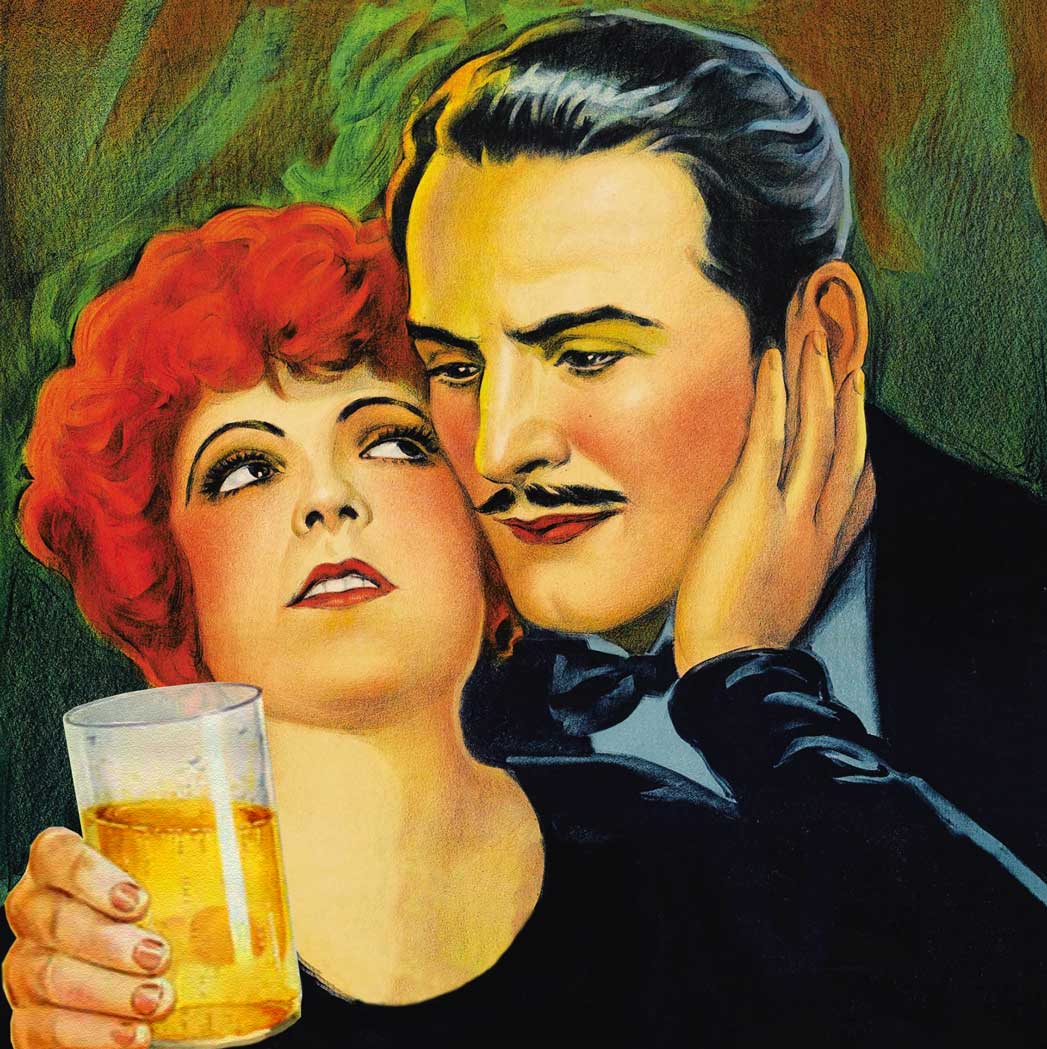 Dear Concerned Cad:
Here’s the scenario: I came home after the bars had shut and took quick stock of the fridge. My roommate had left a single bottle of Guinness in plain view, but a little digging turned up two cans of Old Style artfully hidden in Chinese takeout containers. I found myself at a total loss and couldn’t bring myself to drink any of the beer. When he came home half an hour later, he drank the Guinness in front of me and never mentioned the Old Styles. How would you have handled the situation?
—Paralyzed in Pittsburgh

Dear Paralyzed:
I have to salute the diabolical bastard — your roommate is plainly a genius of Machiavellian stature.

He obviously left out the good beer because he knows you aren’t crass enough to violate the “you can’t drink his last beer” rule, and hid the lesser beers because he figured that with a king right up front you wouldn’t go digging for pawns. On the next level, he assumed that if you did find the hidden beers, you’d be afraid of making yourself vulnerable to his well-laid Sneak Thief Trap: “Dude, I left the Guinness out for you so you wouldn’t have to pilfer my private stash.” Which makes him look like a prince and you like a bum.

Let’s face it: he played you like a cheap Victrola.

So, how should you have handled it? You should have drank the lesser beers. Both of them. It’s a sacrifice play. He would have punished you with his trap, but you would have effectively removed the King Defense from his arsenal—you could thereafter drink any last beer left in the open because he set the precedent of it being a sacrificial lamb used to protect hidden beers. Even if there aren’t any.

All that said, buy some beer for the fridge. If you want to play, you have to bring some chips to the table.

Dear Concerned Cad:
What is booze’s greatest single impact on history?
—Musing Over the History Channel at the Temple Bar

Dear MOTHCATTB:
Tough question. Right off the bat, there’s the supposition, put forth by a respectable number of anthropologists, that human civilization would have never even come to exist if our nomad ancestors weren’t forced to settle into static towns to brew beer.
On the other hand, a study done in the 1960s reckoned that, without alcohol, civilization would have probably collapsed into anarchy following the horrors of WWI.

And wasn’t it an alcohol-emboldened Winston Churchill who possessed the guts to stand up to the tidal wave of tyranny that threatened to engulf the entire planet?

Finally, in 1995, Norway launched a research rocket that came close enough to Russian territory to cause Russia’s nuclear missile forces to go to their version of DEFCON 1. They assumed it was the beginning of a preemptive strike by US missile subs. The Russians were two minutes away from retaliating with a nuclear launch against the U.S. and NATO, but according to Kremlin rumors, Russian President Boris Yelstin was too drunk to effectively access the launch codes. The delay was sufficient for the Russians to identify the threat as a false alarm and call off the attack.

There you have it. Alcohol not only created civilization, it saved its collective butt on more than one occasion.

Dear Concerned Cad:
Can drinking a lot make you crazy? Because I’ve noticed some of the heavy-duty regulars at my local bar seem clinically insane. And the winos I see outside the bar are definitely crazy. Enlighten me, please. Sign me,
—Want to Get Crazy, But Not Permanently

Dear WTGCBNP:
It’s an easy mistake to make. You see those kooky winos pushing shopping carts around and it’s easy to think, “Well, the booze must have laid them low.” And since drunks, on the average, are more likely to be mentally unstable, it has to be the booze’s fault.

Well, it isn’t true. Alcohol doesn’t make people crazy. It’s just that crazy people are drawn to alcohol. And drugs. And shopping carts, for that matter.

Alcohol possesses the power to shift your mind to a different plane, and if you’re actually insane when you’re sober, it might be a preferable place than your natural state. As Edgar Allan Poe noted, “My enemies referred the insanity to the drink rather than the drink to the insanity.”

Self-medicating with alcohol has a long and storied history. The august writers and poets Dorothy Parker and Charles Bukowski both used alcohol to lighten their natural depression to great effect. Both claimed that if it wasn’t for the booze, they would have committed suicide early in their lives. Instead they self-medicated and staved off death by their own hands, each living to the ripe old age of 73.

Dear Concerned Cad:
I am 28 years old. I own a successful business, have a wonderful wife and make my mortgage payments on time. But here’s the thing: I still like to drink like I did in college. I like to go to parties (even keggers) and get blasted. I like bar hopping, I like inviting friends over for drinks, I even go on the occasional road trip to Las Vegas or NOLA. Lately, however, my wife, family and some of my friends (the ones I would never think of inviting on a road trip) have been dropping broad hints that I should start “settling down” and “growing up.” What’s the deal? Do I have a Peter Pan complex or are they just being dicks?
—Not Ready To Cool Out Just Yet

Dear Not Ready:
They’re being dicks. I get a slew of mail in the same vein and it always riles me up. Where did people get the idea that at some point in our lives we should measure ourselves for our burial shroud then hunker down and wait for Grim Death to come rapping on our door?

It’s an outrage. In America they tell us we’re too immature to drink until we’re 21, then have the gall to tell us few years later that we’re immature if we continue drinking.

Here’s my opinion: we’re down here for a short amount of time, and it’s our prerogative—and pleasure—to cram in as many kicks as possible while we’re still drawing breath. And there is nothing like alcohol to facilitate getting kicks.

Peter Pan complex? Sure. Who the hell wants to grow up (which really means grow old)? Once you decide to “be responsible” and “act your age” you might as well go lay down in the dirt, because your life is essentially over.

See you at the kegger.

Dear Concerned Cad:
I was recently told that absinthe is now legal in the U.S. Can this be true? What’s the scoop?
—Martin

Dear Martin:
Well, sorta. As of this printing, two brands of absinthe (Lucid and Kübler) are being legally imported and sold in the U.S. How can this be, considering this nation’s long and illogical ban of the Green Faerie?

Here’s how: these two brands contain a minimal amount of thujone, the psychoactive chemical that has long stuck in the FDA’s craw. The makers of Lucid and  Kübler say they chemically analyzed existent bottles of the old stuff and discovered that there wasn’t that much thujone in the original recipes.

But here’s the thing—thujone breaks down and dissipates over time (especially when we’re talking a 100-plus years), so what they’ve tested isn’t an accurate representation of what the boys were belting during the Belle Epoch.

That said, these importations are a step in the right direction. Just don’t expect to get too kooky if you lay into a bottle.