What you drink can say a lot about you—for better or worse. It seems that, with astonishing frequency, murderers tend to be connected with Richard’s Wild Irish Rose wine.

Described as “the murderers’ national drink” by a Chicago homicide detective in the book What Cops Know, the detective notes, “Invariably, there’s a bottle of it somewhere in the crime scene.”

He goes on to say: “A lot of the murders we get are crimes of passion – but you hate to use the word ‘passion,’ because the idea of a crime of passion is the guy coming home and finding his wife in bed with another guy. In most of our murders, the passion is over who gets the last swig of Richard’s Wild Irish Rose wine… Literally, if you took Richard’s Wild Irish Rose wine off the market, you’d probably prevent half of all homicides.”

It is uncertain as to whether or not the community of killers has adopted this brand as part of its cultural identity. Such knowledge is likely difficult to obtain. Most murderers tend to be rather tight-lipped about their calling in life.

Suffice it to say Richard’s Wild Irish Rose ain’t the kind of wine you drink at a doctor’s wedding. Rather, this is the kind of wine the doctor finds in your system after you get caught with a dead prostitute.

As the U.S. produces more killers (if not more hookers) than any other developed country, “Richard” can count on a steady (commercially-speaking) clientele. The brand arrived on the market in 1954; it sells about two million cases each year. With a price often as little as $2 per pint, this wine can be enjoyed by killers of all income brackets.

At 18% alcohol by volume, it’s quite strong for a wine. That said, any half-assed vodka is twice as potent. So what could it be about Richard’s Wild Irish Rose that makes it such a staple at homicide scenes? Perhaps Richard has distilled some ancient ingredient dating back to the days of Celtic warriors.
In that era, the vast lot of slaying went unpunished. Nowadays, however, the game has changed; killers become convicts, who have to make moonshine out of apples that were probably already fermenting when they first arrived at the prison. It’s a sad situation all around.

And the whole matter has become more complicated: According to the Encyclopedia of Consumer Brands, “community groups” in LA, Portland, San Fran, and Seattle have asked the makers of Richard’s Wild Irish Rose to remove their product from the shelves of liquor stores in high-crime areas.

Regarding the potential removal of this wine, your correspondent was unable to find any killers for comment. 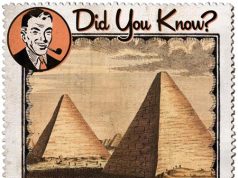 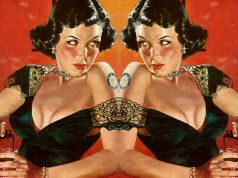