You lived in Denver in the early ‘80s. Did you do some drinking then? 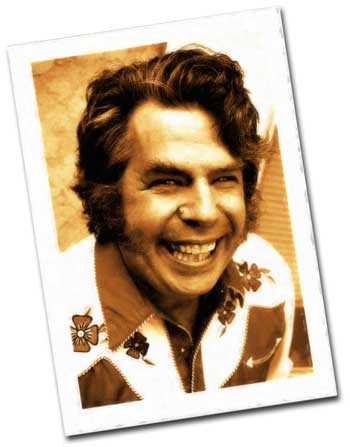 Oh, hell yeah. Those were the wild and woolly days. I was, what, 22 years old…somethin’. At the height of my drinking powers. My job was to organize the winos to drink more wine. I was in a punk rock band, and we used to play at Leroy’s Ringside—Punk Rock Wednesday Night. Remember once I drank a bottle of tequila there, then got hungry and ate a big ol’ green chili burrito. Then I decided to take a bath. Well, what you get when you combine a bottle of tequila, a big ol’ #10 green chili burrito and hot bath water is a whole bunch a vomit in your tub.

What’s your usual?
I’m a gin and tonic man. The good stuff now, ‘cause I’m old, but I used to drink that shit that comes in a plastic bottle, so you can drop it and it don’t break. Smells like Bette Davis’ perfume. Now I like Sapphire. Turned 50 last summer, and a whole bunch a people came out, and I must have got 22 bottles of gin. Some of ‘em were those big motherfuckers than you need a counterweight to lift so you can drink it.

When was your first time?
I grew up in a little town in Virginia and there were only two things to do. Get drunk and drive around, or drive around and get drunk. There’s people gonna say that wasn’t smart; drivin’ around drinkin’, but fuck ‘em. That’s what we did. My first time gettin’ drunk, I was 13 or 14, somethin’ like that. It was Boone’s Farm, and I remember we stole it from the grocery. But the way we looked at it was they were forcing us to steal. We didn’t wanna be thieves. All we wanted was to be drunk. The law turned us into thieves.

What’s the secret of your drinking success?
Binge drinkin’. I might go as much as a week between drinks, but when I drink I wanna get drunk, man. Knee-crawlin’ drunk. That’s the whole point. Anybody who says they don’t drink to get drunk is livin’ in fantasy land. So I would say I’m a successful binger.

What qualities make a good bartender?
A good bartender is one when the joint is packed Mojo gets his drink, poured so strong the ice cubes are beggin’ for mercy. See, I walk up to the bar, order my gin and tonic, and drop a couple a twenties on the guy. Tell him “That’s all yours.” But what I’m really payin’ for is, just before I walk on stage, that bartender hands me four more gin and tonics.

Do you always drink when you play a show?
Damn, man. Of course I do. I like to have four or so drinks, maybe six, before I go on. Then I’ll have four or five more during the set. Tall gin and tonics. The band, too. We all drink like that. One time we were in the middle of playin’ and we’re all runnin’ around on the stage in a circle, and I look up, the piano player and the drummer are nowhere near their instruments. Must a been five minutes or more. I was, like: “Get your asses back there!”

Ever play a show sober?
One time that I can remember. And, man, we fuckin’ sucked! It was terrible! I’ll never do it again.

With all the touring you did, what are your favorite cities to drink in?
No contest: New Orleans. It’s the best ‘cause nobody gives a fuck. You can do anything you want, nobody cares. Last time somebody gave a fuck was when Jean Lafitte whooped up on the British at the Battle of New Orleans in 1814.

You’ve got 20 bucks. How do you get hammered?
Easy. Get yourself a 2-liter bottle of Mountain Dew and a liter of gin. Pour out half the Mountain Dew, add the bottle of gin, shake lightly, and chug.

Do you trust someone who doesn’t drink?
Absolutely not. Exhibit A: George W. Bush. Those fuckers are in denial, man. And 12-stepper musicians fuckin’ blow. They blow. Look at Westerberg. He used to be great. Now he blows.

Why must we drink?
It’s like Hunter said. You know, he’s got that quote from Samuel Johnson in Fear and Loathing: “He who makes a beast of himself gets rid of the pain of being a man.” We drink to dodge all the daily bullshit. Shitty boss. Shitty kids that won’t behave. Wife that won’t fuck ya. Car that won’t start. The stack of fuckin’ bills. We drink to get rid of all that. To feel alive and free inside all the shit.

Who’s on your dream bender team?
Hunter, for sure. Can’t go wrong there. And Country Dick Montana. He was a fuckin’ drinker. I wrote that song about him, “The Ballad of Country Dick.” And maybe Elvis, but he’s sort of known as a pharmaceutical enthusiast, I guess.

Imagine the evening.
Hunter would just be Hunter. You know. Some Chivas and talkin’ politics. Then play some music with Country Dick. Stay up ‘til dawn, drinkin’ and playin’.

Why does music and drinking go so well together?
They both work from the same part of the brain. Writing too. Art. I’ve always said, there’s only three kind of songs: killin’ songs, fuckin’ songs, and drinkin’ songs.

What are your favorites?
“The Piano Has Been Drinking.” Tom Waits. That’s a good one. So is “Drinking Wine Spodie- Odie.” That one started back in World War II. When the black soldiers got paid on Friday they’d go buy bottles of wine. And while they drank it they’d chant, “Drink wine motherfucker! Drink wine motherfucker!” Later on, when Jerry Lee wanted to record it, he couldn’t say “motherfucker” on a record, so they changed it to “Drink wine spodie-odie!”

You’ve recorded a lot of drinking songs. Do you have a personal favorite?
“Gin Guzzling Frenzy.” That one’s always big when we play. And “Are You Drinkin’ With Me Jesus?” That one got me in some shit with my record company and the stations. Nobody’d play it. Cocksuckers.

Drunkest ever?
I was in college I think, tryin’ to get laid. I guess I figured if I kept drinkin’ she’d eventually find me more attractive. We were in Myrtle Beach, SC, drinkin’ on the beach. I woke up in a sleeping bag — head first — around ten in the morning. Families all over the place, starin’. And I’d puked in the sleeping bag, too. So I crawl out, vomit in my hair, lookin’ like a Bigfoot. And the first thing I think is: I gotta take a shit. I wade out into the ocean, but I can’t go. That turd would start to come out, but the sea water would push it right back in. I had to wade out deeper and stick my bare ass up outta the water and launch that ol’ turd out like a missile. I guess you could say I was pretty drunk that time.