Give Your Kid Brother a Beer, Lose Your Driver’s License

RALEIGH, N.C. — North Carolinians who provide alcohol to people who are too young to drink legally could lose their driver’s licenses under a measure that has won initial House approval.

It’s already a misdemeanor under state law for adults to serve or give alcohol to underage drinkers, punishable by a fine and community service. The bill would also let courts take away the driver’s license of the adult who provides the booze.

Some House members balked at the notion that a parent could lose driving privileges for sharing a drink with a son who’s about to join the military, or toasting a young daughter’s wedding with champagne. Rep. Ronnie Sutton worried about parents who simply ask a child to fetch a beer from the refrigerator.

NEWCASTLE, AUSTRALIA — Shots and “bombs” of alcohol will be banned from clubs and pubs in New South Wales’s second-biggest city.

The Newcastle Council announced that straight nips of tequila, vodka and other spirits would no longer be served in late-night venues in the city.

“Bomb” beverages, where shots of high-alcohol spirits are dropped into a glass of beer or Red Bull, have also been outlawed.

“Sure, the vast majority act and drink responsibly and they behave. But there is always the minority who screw it up for the majority,” he said by way of explaining his fascistic attitude.

The Man Backs Down on Proposed Train Booze Ban

“We could find no reason to change the policy,” said MTA board member Barry Feinstein. “In going over the numbers with the police, there were virtually no problems.”

Several months ago a gang of nofuniks demanded that booze be banned from all trains and platforms, causing the MTA to study the possibility.

Attorney General Gregory D. Stumbo released an opinion supporting students’ efforts to affix stickers that read, “Unlawful Transaction with a Minor/Providing Alcohol to a Minor; Class A Misdemeanor; 90 Days up to 1 year in Jail; up to $500 fine.”

The Kentucky Mothers Against Drunk Driving chapter asked for Stumbo’s opinion after the Kentucky office of Alcoholic Beverage Control “argued that the practice amounted to illegal possession of alcoholic beverages by a minor.”

“This wonderful program allows teens to actively combat the dangers of underage drinking,” Stumbo blithered. “Someone over at ABC must have been confused about the law.”

Under MADD’s ridiculous Sticker Shock program high school students enter stores and put the stickers on alcoholic beverages under the supervision of a MADD representative and local law enforcement officer.

The Sticker Shock program is paid for by tax dollars funneled through the Kentucky State Police Governor’s Highway Safety Program.

ALICE SPRINGS, AUSTRALIA — An Alice Springs public health group is calling for mouthwash products containing alcohol to be taken off the shelves.

Most Alice Springs supermarkets are still stocking the products, which contain up to 26 percent alcohol.

“The best solution is that we should sell alcohol-free mouthwash,” he said.

Alice Springs Town Council spokesman Craig Pankhurst has confirmed the council is finding large numbers of empty bottles of mouthwash in drinking areas. “Obviously Listerine bottles are on the increase, the drinking of Listerine,” he said.

SANTA ANA, CA — At the urging of a neoprohibitionist organization, Santa Ana, CA officials are considering a proposal to limit liquor licenses in poor neighborhoods.

Leah Fraser, director of policy for the organization Latino Health Access, said the city should place a moratorium on new liquor licenses in the census tracts with the lowest household incomes.

City Manager David N. Ream expressed doubts about whether a ban could legally be imposed according to how much money an area’s residents made. The city attorney and planners are reviewing the idea, he added.

LONDON—Despite all evidence to the contrary, a senior UK government health adviser claims there is no proof that changes in Britain’s licensing laws that expanded drinking hours have reduced its heavy drinking culture.

Incredibly, Professor Sir George Alberti, an adviser to the Department of Health on accidents and emergencies, swears a new study showing that 6,000 fewer people have needed hospital treatment since pub opening hours were expanded in November 2005 was not conclusive proof that there was less alcohol-related violence.

“We need more evidence that there has been a change in a heavy drinking culture which continues to concern us,” he shrilled.

According to the study, published by Cardiff University, there was a two percent drop in the number of people needing treatment for violent injuries last year compared with 2005.

Professor Jonathan Shepherd, director of the study group, said: “We estimate 364,000 people needed hospital treatment for assaults last year. That is still too many, but it is encouraging to see the trend is downwards and the feared effect of the licensing law change has not materialised.”

Before laws went into effect, the government swore that crime would rise dramatically, but every study published since has proved the opposite.

Separate figures released by the government show the number of criminal offences recorded by the police also fell by two percent between October and December 2006. 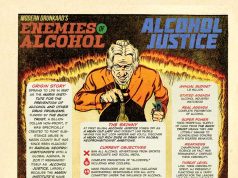 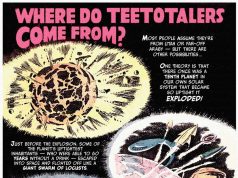 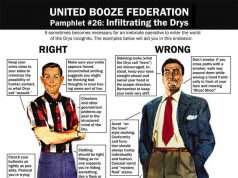