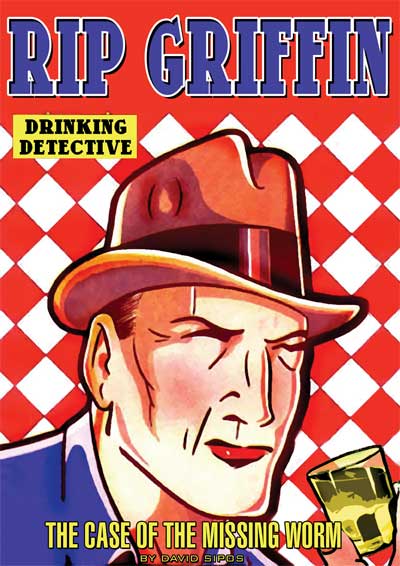 I had a slight case of the shakes the morning Juan Corona asked me to meet him at his cantina, El Puerco Ciego.

I’d been drinking Axis Powers Cocktails (Jagermeister, grappa and sake) for a couple of days with a dame I met and forgot or never met and couldn’t remember. The last thing I needed that day was a job, but Juan was an old friend who was holding a $200 bar tab of mine; I was never too sick to help out a friend.

As I came in the cantina doors, the smell of tequila turned my stomach into a boxing match I was going to lose. Juan stood at the bar, a stocky man who was shorter than a two-finger pour.

“Rip, thank you for coming,” Juan said. “You look a little pale.”

“I’ve been using sunblock when I go to the beach. So what did you want to see me about?”

He popped the top of a can of Tecate and handed it to me. Condensation beaded the outside of the can. I drank some down. The beer was colder than a ten-dollar whore and twice as refreshing. Plus your piss wouldn’t burn after you had one.

“You know that special bottle of mescal my grandfather gave me?”

“Yeah.” I drank some more beer. Juan never let anyone drink that mescal. I hoped he wasn’t going to start now.

“Yes. I don’t understand it either. One isn’t any good without the other.”

“You can still drink it without the worm, can’t you?”

“Don’t you ever eat Mexican food?”

“Where do you keep the bottle?”

“Right now, nobody. The health department closed us down for a month.”

“Hmm. I’ll tell you what Juan. I’ll find the worm if you take care of my bar tab.”

Juan rolled his eyes. “All of it?” he asked.

Just like a fucking bar owner, I thought. “Yeah, all of it.”

I drove across town in my rusted ’65 Rambler to the warehouse of the exterminator Juan told me he’d hired. After I parked I got a pint of   Dickel out of the glovebox and took a long pull as I looked around. There was a van with the company logo on the side and a ‘PHISH’ sticker on the back bumper. I got up and took the pint with me.

The office smelled like the poison cologne my old man wore to try to cover up his drinking. I heard the shuffle of feet and through a side door entered a long-haired kid wearing company coveralls and one of those woolly sherpa’ hats. He smelled like a Humboldt County grass fire. Already I wanted to smack him.

“You drive that van outside?”

“Who wants to know?”

He giggled and I slapped him hard.

“Dude, please, no violence,” he said, his nose bleeding.

I took a drink of Dickel and offered him one. He shook his head.

“No thanks, dude, I stick to beer and wine. Natural stuff.”

He stumbled back and sat down hard in the desk chair. “How’d you find me?”

“The bar owner told me who he hired to take care of his cockroach problem. When I pulled up I saw the Phish sticker. I knew they had a show coming up, so I figured the driver of that van stole the mescaline worm to expand his mind for the concert.”

“Don’t make me hit you again. Now hand over the worm and I’ll forget I ever met you.”

Juan and I stood at the bar in El Puerco Ciego. I sipped a cold Tecate and had a shot of Sauza while he sipped a shot of his grandfather’s mescal, the worm once again resting comfortably at the bottom of the bottle.

“Rip, I can’t thank you enough. My grandfather also thanks you.”

“Juan, tell me, have you ever eaten one of those worms?”

“I already told you, I don’t eat Mexican food. Now do you want another round?”

“Yeah, sure, these beers are great.” 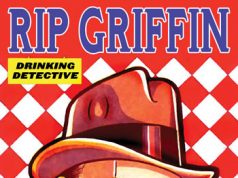