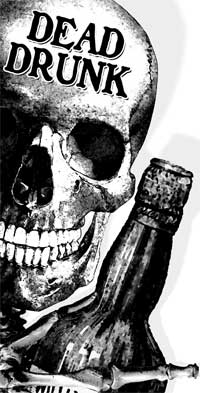 Giles Humbert III strikes up a conversation with some of history’s greatest drunks through renowned spirit channeler Maria St. Longue.

(Ms. St. Longue closes her eyes and slips into a trance.)

F. Scott Fitzgerald: What do you want?

MDM: Good Lord, you startled me!

FSF: Don’t expect me to apologize.

MDM: Not at all. Well, I just wanted to know what’s it like where you’re at. Where are you, anyway?

FSF: I’m in a bar that never opens. I’m in a motor car I cannot drive. I’m drinking from a glass that is ever empty. 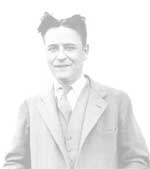 MDM: Utah? Are you haunting Utah?

FSF: I am in what you would call limbo.

MDM: Oh. No drinks in limbo then?

FSF: There are drinks. There is a bar, long and wide, stocked full. There is simply no bartender.

MDM: Dreadful! Can’t you just reach across and grab hold a—

MDM: Right. Give my best to Zelda.

Maria St. Longue:   Whom would you like to speak to now?

WC: Time is for living men.

MDM: Horrible! Surely there’s a little around. Does God drink?

MDM: Bet he does. He just doesn’t want to share.

MDM: Does the Devil drink?

WC: All the time, I imagine.

MDM: Perhaps you can cadge a drink off him.

MDM: So Hitler’s drinking it up down in Hades and you’re flying high and dry in Heaven?

WC: Would appear so.

WC: You learn to get along without it.

MDM: Oh? Would you like a drink, Prime Minister?

MDM: Here you are then.

MDM: Quite thirsty I see. May I have my flask back?

WC: Just one more little nip. I have taken more out of whiskey than whiskey has taken out of me.

MDM: Took quite a bit out of my flask too.

MDM: Well! You hardly left me a drop! Off you go!

MDM: Off with you! I want to speak with Ernest Hemingway. 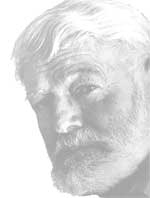 Ernest Hemingway: Here I am.

EH:  You create your own heaven and hell, son.

EH: It was the same when he was alive.

MDM: I told him to steal a bottle.

EH: You know not with what you meddle.

MDM: Surely God lets you, of all people, tip a few back.

MDM: I’ll be looking you up when I arrive then.

EH: Fine. I have to get back to work.

MDM: Great God! They make you work in Heaven?

EH: I captain a ship for the Old Man.

MDM: A cargo of rum and cigars for his poker shindigs, I imagine.

MDM: See you, Hem! This is bloody good, isn’t it? Let’s chin with old Walt Whitman, what do you say? 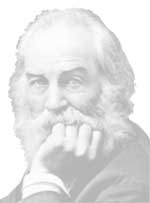 MDM: Where are you? Is it hot?

WW: You make your own Heaven and Hell.

WW: There are universal truths all will come to know.

MDM: Oh? Does one get a booklet once one arrives?

MDM: So long, you old wino! Let’s talk to Jack Kerouac then. The Yank beat writer. 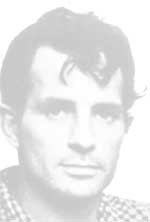 MDM: My name is Giles.

JK: Your body’s name is Giles. Your soul’s name is Nate.

MDM: Nate? How odd! I suppose Nathan would be all right. But Nate? This is really quite odd. Did you know my editor spent a night drinking on your grave? He poured wine on the ground so you could have a taste.

JK: I remember. We spoke.

MDM: Indeed! He said you tried to kill him later.

JK: I wanted more wine and he was hogging it all.

MDM: That was him all right. I—

MDM: What a pity. Can I talk to Bukowski?

MS: Getting a lesson.

MDM: Flogged by the devil, I imagine. May I speak with Willie Nelson? The drunkard Yank cowboy singer?

Maria St. Longue:  Isn’t he? Why’d you ask to talk to him then? That’s what telephones are for.

MDM: I was testing you. Confess! You’re obviously some sort of awful charlatan.

MDM: Elvis! We must channel Elvis!

MDM: Can you channel the Devil?

MS: You don’t channel Lucifer. He channels you.

MS: Such a visit could do considerable damage to my soul.

MS: (after considerable soul searching) I will do it. But you must promise me one thing.

MS: You must not offer the Devil whiskey.

MDM: And why not?

MS: It makes him more powerful and evil.

MDM: Me as well. Agreed then.

MS: Lucifer, Prince of Darkness, are you—What do you want, mortal?

Satan: Well, that’s what I do.

Satan: I would kill you for half a drop.

MDM: No need to be rude. Here you are.

Satan: Ah! This is all you have?

MDM: That filthy swine Winston Churchill nicked the rest of it.

Satan: Churchill. I nearly had that one.

MDM: He says the reason you’re losing so badly is you’re legless all the time.

Satan: That’s a lie. There isn’t a drop to drink in Hell.

MDM: I figured as much. Apparently a ghost can’t get a drink anywhere. Gives one a greater appreciation of life, wouldn’t you say? Say, is it true you were kicked out of Heaven for drinking all of God’s good scotch?

Satan: I was going to leave anyway. I’ll see you later.

MDM: Me? I’m certain you’re mistaken. I live like a particularly pious monk.

Satan: Do you now? Really?

MDM: I promise. So long!

MS: You gave him whiskey!

MDM: Nonsense. It was rum.

MS: Your time is up.

MDM: I should say.